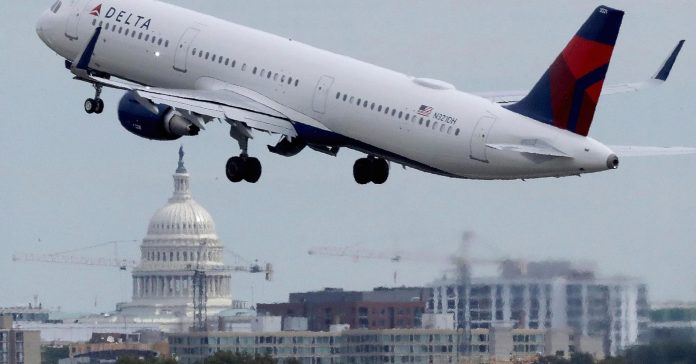 Canceling a discount partnership with the National Rifle Association was a “stupid move” on the part of Delta Air Lines, said Georgia state Sen. Michael Williams. But that’s not the reason the Republican legislator is in favor of blocking a jet fuel sales tax exemption, he said.

“We do not support crony capitalism and giving public corporations tax breaks,” Williams told CNBC on “Closing Bell” on Tuesday.

Williams said he opposes the current version of a bill that would give airlines — such as Delta, which is headquartered in Atlanta — a $50 million sales tax exemption on jet fuel purchased in the state.

“I have been fighting this because I, for one, do not believe in corporate welfare,” he said. “I don’t feel like the state of Georgia or the citizens here in Georgia should be subsidizing the bottom line for Delta.”

Williams said he was against the tax exemption before Delta announced Saturday that it would terminate its NRA contract for discounted fares for travel to the association’s 2018 annual meeting, reflecting the airline’s “neutral status” in the current gun control debate.

Georgia senators have been feeling the pressure from the people of Georgia, Williams said, who “love our Constitution, love our Second Amendment right. We’re going to stand up and fight over this.”

There is talk of sending the bill back to the Finance committee to draft a new version without the jet fuel tax credit, Williams said.

Delta is one of many businesses that has cut ties with the NRA in the wake of the Feb. 14 Parkland, Fla. shooting that killed 17 people.

Williams said he’s not in the business of telling corporations what to do.

“If Delta wants to do that [alter its relationship with the NRA], that’s completely up to Delta,” he said, but he also said he would “love” to see Delta reinstate its discounts for NRA members.

Meanwhile, other government officials, including Georgia Lt. Gov. Casey Cagle, did say they were against tax legislation that would benefit Delta unless the company reinstituted its deal with the NRA.

Delta did not respond to a request for comment.