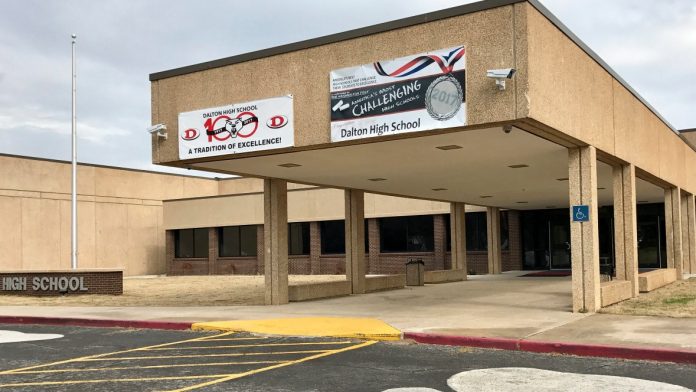 A teacher barricaded himself inside a locked classroom at a Georgia high school on Wednesday and apparently fired a single shot from a handgun, authorities said.

No students were in the classroom at the time, and the only injury reported was a student who hurt their ankle running when Dalton High School was evacuated.

Police spokesperson Bruce Frazier said the teacher was taken into custody after a 30- to 45-minute standoff with officers.

The incident happened two weeks after a Florida school shooting left 17 students and faculty dead, put the country on edge and ignited a new debate over gun control in America.

The teacher, who was not immediately identified, apparently did not want to involve students, Frazier said.

A week ago, police found a “threatening” note on the floor of a classroom, authorities said, but it wasn’t clear if it was related to the shooting Wednesday.

Police said the note was found Feb. 21, and mentioned a threat against the school the following day.

Cliff Cason, the assistant police chief, said in a statement at the time that officers planned an increased presence at the city’s schools in response after the note was found. Threats have been made at schools across the country in the wake of the Feb. 14 shooting at Marjory Stoneman Douglas High School in Parkland, Fla.

Dalton has about 2,000 students, according to its website, and is located about 145 kilometres north of Atlanta.

Students were taken to the Northwest Georgia Center and parents were advised to go there to pick them up.

Dalton is known as the Carpet Capital of the World, since much of the carpet for U.S. and world markets is produced within a 40-kilometre radius of the city.