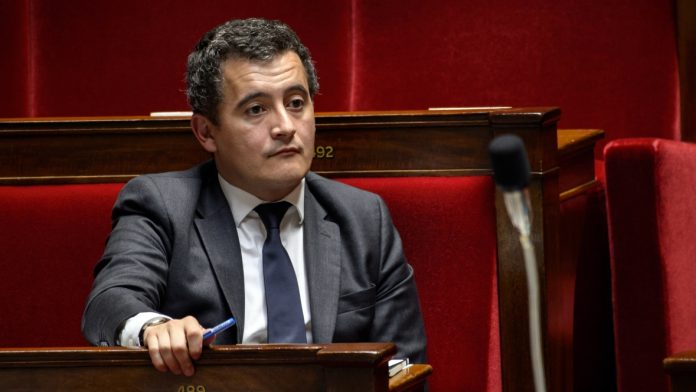 French Prime Minister Edouard Philippe’s office said in a statement Monday that he continues to have confidence in Gérald Darmanin, who has been accused of rape.

Nearly 3,000 people as of Monday morning had signed an online petition launched by a feminist group urging the prime minister to fire Darmanin. It argues that ministers facing corruption investigations have lost their jobs in the past, and asks whether being accused of a sexual crime “is less serious.”

Members of President Emmanuel Macron’s government have supported Darmanin’s right to due process.

Justice Minister Nicole Belloubet said this past weekend on RTL radio that Darmanin “can stay in the government” as long as no charges are brought. Agriculture Minister Stéphane Travert said on BFMTV that his colleague should enjoy “the presumption of innocence.”

A preliminary investigation is underway into an accusation that Darmanin raped a woman when she sought legal help in 2009.

The accuser’s lawyer, Elodie Tuaillon-Hibon, said the alleged rape took place when her client sought legal help from Darmanin, at the time an up-and-coming official in France’s conservative Republicans party.

The woman is a former prostitute who was convicted in 2004 for blackmail, according to Tuaillon-Hibon. She maintained she was wrongfully convicted and wanted Darmanin’s help with the case when he allegedly forced her into sex, the lawyer said.

Darmanin vigorously contests wrongdoing and has filed a countersuit alleging false denunciation. Speaking on radio network France-Info earlier this month, he acknowledged receiving a letter accusing him of abuse of power and possibly rape. He called the accusations “false.”

“I was nothing, I was a young man,” he said of the time period in which the assault allegedly occurred.

While several male political figures have stepped down from their jobs due to sexual misconduct allegations in recent months in the U.S., Canada and Britain, that has largely not happened in France, and not yet on the federal level.

Some famous French women, notably actress Catherine Deneuve, also have criticized the mounting “denunciations” as a form of puritanism that threatens sexual freedom.

Lawyer Tuaillon-Hibon, who specializes in sexual misconduct cases, told the Associated Press that she has received “a lot more requests” for help in recent months and observed a growing sensitivity among police and prosecutors toward victims of alleged sexual abuse.

But she said France needs clearer laws on what constitutes sexual consent.

“That’s the heart of this case,” she said.