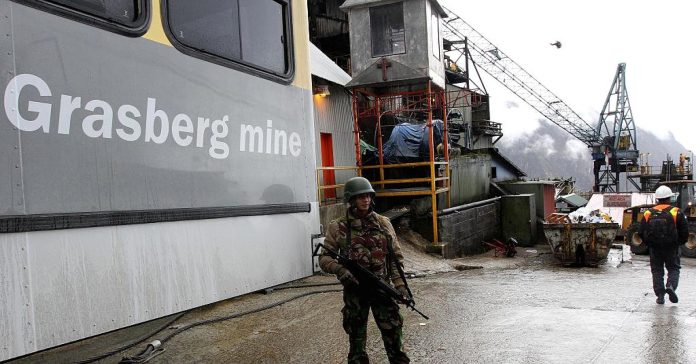 Indonesia wants Freeport to adopt a license that includes new taxes and royalties, but Freeport insists on retaining fiscal and legal guarantees.

Analysts were skeptical that a deal is close, noting big hurdles including taxes, divestment and the right to international arbitration.

“Ultimately, both sides have a tremendous incentive to find a resolution, but it seems like there are still significant hurdles,” said Jefferies analyst Chris LaFemina.

“It’s not clear to me that those long-term issues are any closer to being resolved.”

Under the ban, Freeport has shelved billions of dollars of planned investments, but is taking a hit on Grasberg, which represents about a third of its cash flow, on average, said LaFemina.

Freeport must also to divest 51 percent of its Indonesian unit – up from 30 percent – under the new permit.

Jonan said a valuation would reflect “commercial or market value”, but not include the value of mineral resources.

If permit issues are unresolved by June 17, Freeport has warned it could go to arbitration and seek damages.