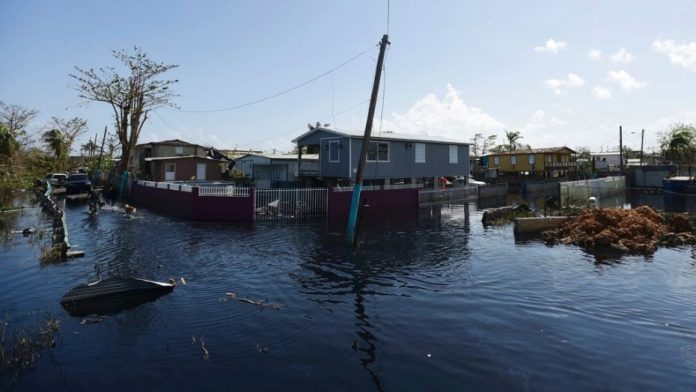 TOP OF THE MORNING

It’s Friday, Sept. 29, 2017. Welcome to Fox News First, your home for all the news you need to start the day. To have your early morning buzz emailed directly to your inbox, subscribe by clicking here.

Let’s take a deeper dive into these stories …

following Hurricane Maria … THE LEAD STORY: The Trump administration is pushing back against allegations that it has responded too slowly to Puerto Rico’s humanitarian crisis … President Trump on Thursday issued a 10-day waiver of the Jones Act, clearly the way for emergency supplies to reach the island. In addition, House Speaker Paul Ryan said FEMA’s disaster relief account would get a $6.7 billion boost by the end of the week. However, critics still accused Trump of being too preoccupied with the NFL protests instead of focusing on Puerto Rico. But Trump insisted relief efforts were succeeding in a series of tweets.

NFL READY TO MOVE ON? … MAYBE: Every player on the field stood for the national anthem ahead of Thursday night’s Packers-Bears game, perhaps a sign that the league is ready put the protest controversy behind it and focus on football …  Players, coaches and staff from both teams were linked arm-in-arm, and some with hands on their hearts, as country singer Tyler Farr performed the anthem. Cameras panning around Green Bay’s Lambeau Field showed fans locking arms with one another as well. The show of solidarity followed a tumultuous week of protests throughout the league – in response to President Trump’s criticism of players kneeling during the anthem. Meanwhile, the Denver Broncos have announced they will stand together Sunday in respect to the national anthem, the country and its veterans. Maybe leaving politics out of football will become the “new normal.”

NO SANCTUARY FOR ILLEGALS: Immigration and Customs Enforcement officials announced the arrests of nearly 500 illegal immigrants living in sanctuary cities across the country as part of a massive illegal immigration sweep this week … The raid, called “Operation Safe City,” spanned four days and ended Wednesday. Illegal immigrants with criminal charges or known gang affiliations were targeted. Participants in the DACA (Deferred Action for Childhood Arrivals) program were not.

SEEKING ANSWERS: Senate Judiciary Committee Chairman Chuck Grassley is threatening to subpoena two top FBI officials to answer questions about Russia, the Comey firing, Hillary Clinton’s emails and more … Grassley, an Iowa Republican, has been seeking a closed-door interview with FBI officials Carl Ghattas and James Rybicki. Ghattas is executive assistant director of the FBI National Security Branch; Rybicki is chief of staff and senior counselor to the FBI director. Stephen Boyd, assistant attorney general, told Grassley in a letter that the officials could not be interviewed over concerns it would interfere with the ongoing special counsel probe into Russian meddling in the 2016 presidential election. But Grassley said their testimony could be key to his panel’s investigation. He wants to ask the officials about improper political influence or bias in the Justice Department, Comey’s firing, the Clinton email investigation, the FBI’s activities related to President Trump and his associates and Russia’s interference in the 2016 election.

COMING MONDAY: Two brand-new shows will premiere as Fox News Channel powers up its daytime lineup …  Sandra Smith will debut as Bill Hemmer’s co-anchor on “America’s Newsroom,” airing weekdays at 9 a.m. ET. Later, Harris Faulkner will anchor “Outnumbered Overtime with Harris Faulkner,” airing weekdays at 1 p.m. ET; Then Dana Perino anchors “The Daily Briefing with Dana Perino,” weekdays at 2 p.m. ET. Faulkner and Smith will continue as co-hosts of “Outnumbered,” which airs at Noon ET, while Perino will be back for “The Five,” at 5 p.m. ET.

PAYBACK TIME: “I look forward to regaining the trust that some of the American people may have lost [due to] the activities that I took, and to not only regain the trust of the American people, but gain the trust of the administration and the president.” – Health and Human Services Secretary Tom Price, on “Special Report with Bret Baier,” saying that he would reimburse the government for costly charter flights. WATCH

PRAYER VS. PROTEST: “I can’t wrap my brain around it. I’m a Marine. I want the same rights for everybody else.” – Former Washington state high school football coach Joe Kennedy, who was fired for kneeling in prayer, reacting to NFL players’ national anthem protests on “The Story with Martha MacCallum.” WATCH

RUSH KNOWS THE SCORE: “The joke is revealed if an outsider with no prior political experience can come in and fix messes that people have been promised would be fixed for 30 years. How does that make them look? They can’t allow that to happen” – Rush Limbaugh, on “Hannity,” explaining why he believes the political establishment on both sides of the aisle is against Trump. WATCH

Gregg Jarrett: Trump won’t fire Mueller because the president did nothing wrong.

Yes, Hugh Hefner was a pioneer — in the objectification of women and the lie of the Playboy lifestyle.

Todd Starnes: Is it permissible to desecrate the American flag for educational purposes?

The Tom Shillue Show, 3 p.m. to 6 p.m. ET: Anthony Cumia, co-host of The Artie and Anthony Show, weighs in on the ongoing battle over free speech on college campuses

2005: John Roberts is sworn in as the nation’s 17th chief justice after winning Senate confirmation.

1977: Billy Joel’s album “The Stranger” is released by Columbia Records.

Thank you for joining us on Fox News First! Enjoy your Friday and the weekend and we’ll see you in your inbox first thing Monday morning!