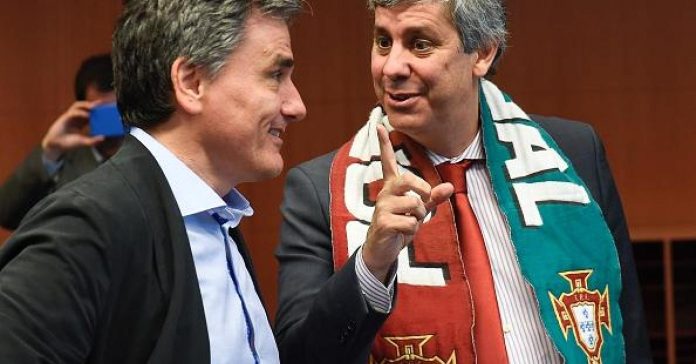 The 19 finance ministers of the euro zone are due to vote on their new chief at a meeting Monday – a key moment to understand what direction the monetary union might take in the near future.

The vote is important, not only because the new president of the Eurogroup will be faced with key decisions, such as debt restructuring for Greece, but also because it will clear the path to understand who might head the European Central Bank after Mario Draghi.

At the moment, Portugal’s Finance Minister Mario Centeno is seen as the most likely person to replace Jeroen Dijsselbloem as head of the Eurogroup.

Dijsselbloem is leaving the post in January after losing his position as finance minister in the Netherlands following elections earlier this year. The new head of the Eurogroup needs to be a sitting finance minister from the euro area and needs to strike a balance between nationalities and political affiliations.

Centeno seems to fit such criteria. He is from the Socialist Party in Portugal, and because currently the majority of the big European positions are in the hands of the center-right, his political membership becomes a plus; the Portuguese economy has been growing at a strong pace since he began leading the Finance Ministry in 2015; and he is perceived as a good professional among his European colleagues.

According to the Financial Times, the leaders of Italy, Portugal, France and Germany met at the sidelines of an EU Summit in the Ivory Coast Wednesday and the consensus was Centeno was best placed to take on the leadership of the Eurogroup.