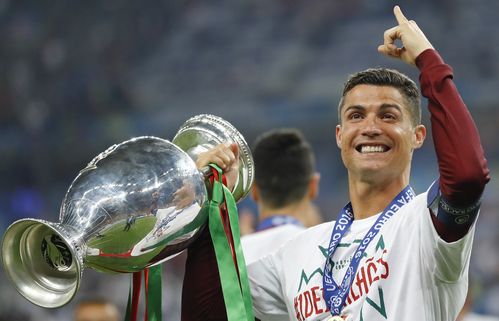 FILE – In this Sunday, July 10, 2016 file photo, Portugal’s Cristiano Ronaldo celebrates with the trophy at the end of the Euro 2016 final soccer match between Portugal and France at the Stade de France in Saint-Denis, north of Paris. Cristiano Ronaldo is one of the nominees for FIFA’s world’s best player award on Monday Jan. 9, 2017. (AP Photo/Frank Augstein, File)(Photo: The Associated Press)

According to figures from the Centre for Law and Economics of Sport, the continental soccer tournament attracted 2.5 million fans in stadiums as well as 600,000 visitors from abroad.

The study said that hosting the Euro 2016 also generated 74.3 million euros in extra fiscal revenue for the state.

A study by the same institute estimates that hosting the Olympics in Paris could generate 10.7 billion euros in economic benefits and create more than 250,000 jobs in the French capital region.