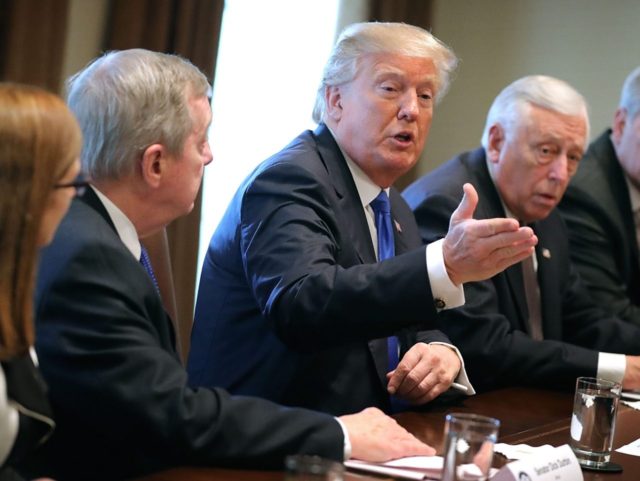 President Donald Trump said the details of the declassified Congressional FISA memo pointed to a “disgrace.”

“I think it’s terrible, you want to know the truth, I think it’s a disgrace what’s going on in this country … a lot of people should be ashamed,” Trump told reporters at the White House on Friday.

The president kept his statements vague and did not call out any specific names of people in the Justice Department or political figures.

Trump distanced himself from the release of the memo, saying it was ultimately up to Congress to decide what to do with the document.

“Whatever they do is fine, it was declassified, and we’ll see what happens,” he said. “A lot of people should be ashamed.”

Trump ignored questions about whether or not he supported FBI officials mentioned in the memo.

“When you look at that and you see that and so many other things, what’s going on, a lot of people should be ashamed of themselves,” he said.