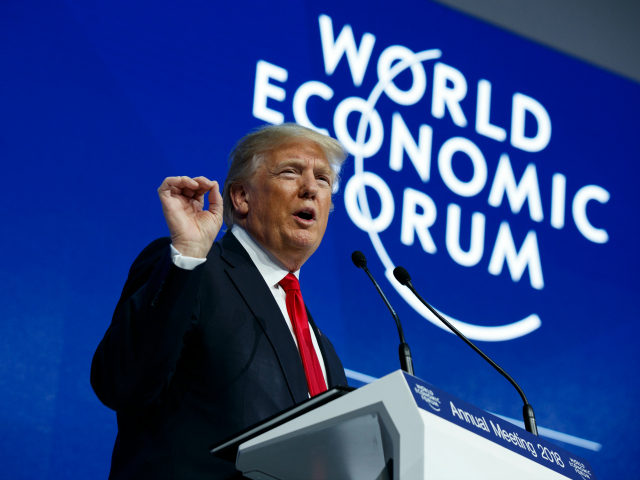 President Donald Trump touted the benefits of a modern immigration system in Davos after releasing a plan to give 1.8 million illegal immigrants amnesty.

“Our immigration system is stuck in the past,” he said during his speech at the World Economic Forum. “We must replace our current system of extended family chain migration with a merit-based system of admissions.”

Trump said that new migrants to America should be allowed into the United States on the basis of their financial stability and ability to strengthen the economy.

The president has spent months emphasizing the importance of ending the “chain migration” of extended family members while appearing open to amnesty for illegal immigrants brought to the country as children.

The latest White House proposal offers up to 1.8 million illegals amnesty in exchange for reform that funds a border wall, ends the visa lottery system, and prevents the sponsoring of extended family members.

Amnesty proponents have declared the plan unacceptable, insisting it will cut existing immigration by 50 percent.