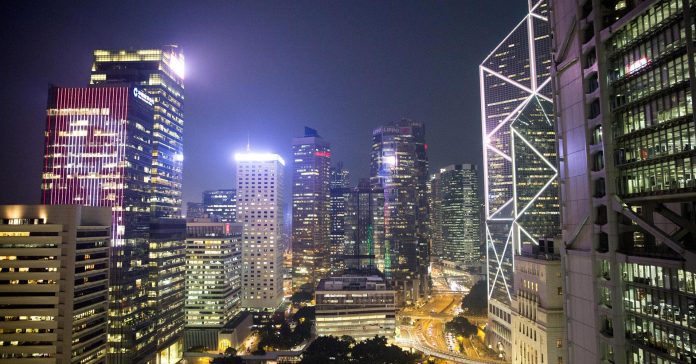 “This franchise carries around 230 million passengers every year in a network that spans about 1,000 kilometers, so we’re very pleased that the U.K. government has recognized the contribution which First Group and MTR can bring,” Leong said.

This is not the first overseas rail venture undertaken by MTR.

The company operated the London Overground for eight years until the end of November 2016, and is involved in London’s newly-renamed Elizabeth Line for the last 18 months. It also has a significant presence in mainland China, Australia and Sweden.

When asked whether those overseas deals are a move to reduce reliance on Hong Kong, Leong insisted that the home market remains the company’s largest and most important.

“We’re very focused on what we’re doing here in Hong Kong. In fact, in Hong Kong we’re still in the throes of completing our two remaining new rail lines under Rail Gen 2.0. And beyond that there are another seven projects under Hong Kong government’s RDS — Rail Development Strategy — 2014,” he said.

MTR is not only involved in rail ventures, but is also tapping into Hong Kong’s booming property market.

The company’s growth in the property market while metro fares rise has led to grassroots tensions against MTR.

The pricing on Hong Kong’s metro system is adjusted every year by a so-called Fare Adjustment Mechanism. While the price is supposed to increase or decrease based on market forces, it has only gone up consecutively in the last seven years, leading to commuter discontent.

In response to the controversy, Lincoln said significant concessions had been made to balance the interests of the traveling public with other shareholders.