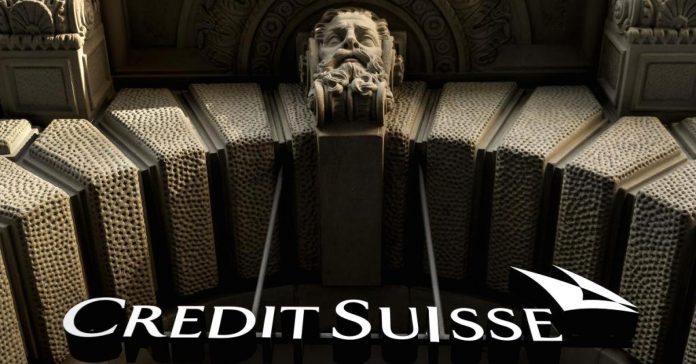 An investor sued Credit Suisse on Wednesday, alleging that misstatements about a complex product betting on stock market swings led to losses for people who bought in at inflated prices.

A popular product offered by the bank and linked to expectations of future price swings, or volatility, in the S&P 500 stock index sank by more than 90 percent within hours last month following a market selloff.

Credit Suisse later took the product — once worth $1.6 billion and known as the VelocityShares Daily Inverse VIX Short-Term Exchange-Traded Note (ETN) — off the market.

The lawsuit, filed in the U.S. District Court in Manhattan, said Credit Suisse “manipulated” the notes by liquidating its holdings in various financial products to avoid a loss. It also said the company’s statements about the product to investors were incomplete.

“The publicly available prospectus accurately and fully disclosed the risks of an investment in XIV, which is only intended for sophisticated institutional clients,” the bank said in a statement emailed to Reuters, referring to the product by its former stock ticker.

“Credit Suisse did not engage in any conduct designed to mislead investors regarding XIV’s value or cause the February 5, 2018, decline in XIV’s price,” the bank said.

The bank’s chief executive, Tidjane Thiam, has called the product “legitimate” and said investors took their own risk on a trade that did not pan out.

Investors flocked to XIV, launched in 2010, for profits that grew in calm markets. XIV booked a 585 percent gain for the two years ended Feb. 1.

The market action that led to the trade’s death in the Feb. 5 reversal of fortune in U.S. markets that some investors called “vol-mageddon” is now being probed by securities regulators, Reuters has reported.

The lawsuit, which seeks class-action status as well as unspecified damages, is not the first challenge for investors in a Credit Suisse ETN.

The bank was sued in 2012 by investors who owned a “leveraged” ETN after new issuances of the notes, which doubled one market’s returns, were suspended. A federal appeals court in 2014 ruled in favor of the bank, saying no reasonable investor could have read disclosures for the product without understanding their risk.