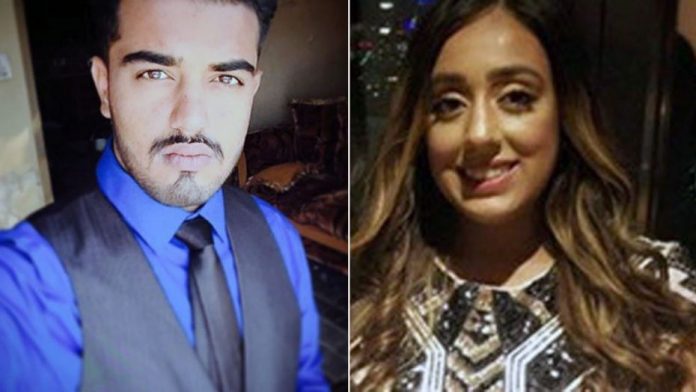 Saeed Ahmad, left, has been charged with criminally negligent homicide in the death of Harleen Grewel

New York City police say Saeed Ahmad fled his crashed and burning car, leaving his female passenger to die. Ahmad’s younger brother says he tried to save the woman, but fled when the flames became too intense.

Ahmad, 23, was behind the wheel of an Infiniti sedan early Friday when he lost control of the car and crashed into a barrier on the westbound side of the Gowanus Expressway in Brooklyn. The car burst into flames.

A passing motorist recording the burning wreckage captured video of Ahmad approaching a cab and asking, “Can I get a ride?”

Harleen Grewel, 25, was found in the front passenger seat and was pronounced dead at the scene.

Police tracked Ahmad to a nearby hospital and arrested him on charges of criminally negligent homicide, leaving the scene of an accident, aggravated unlicensed operation of a vehicle and speeding. 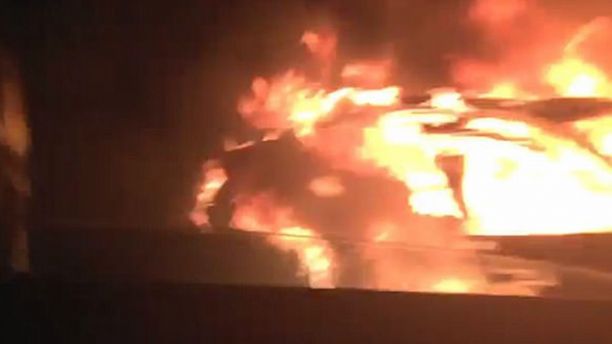 But Waheed Ahmad told the New York Post that his brother “did not just run away from the scene.”

“He tried to get her out,” Waheed told the paper. “He couldn’t get her out. The fire got too crazy. It just burned so quick.”

Saeed Ahmad was being treated for burns to his neck, arms and legs when he was arrested. Waheed Ahmad said he suffered those injuries trying to save Grewel.

Waheed added that his brother hailed the cab because he lost his phone in the wreckage and could not call an ambulance.

“He’s emotionally distraught,” Waheed Ahmad said of his brother. “Every time they ask him about what happened, he’s crying and screaming. His friend burned alive.”

The investigation is ongoing.