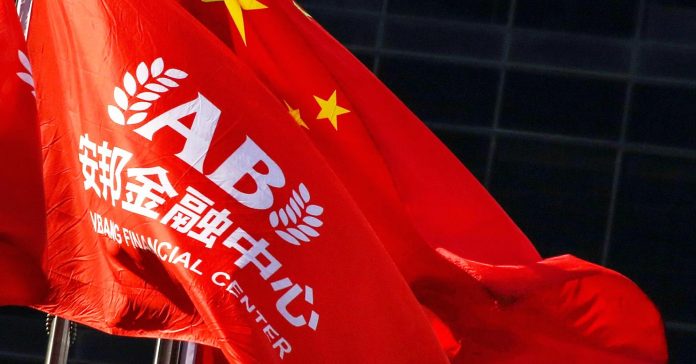 The Chinese government’s takeover of Waldorf Astoria owner Anbang Insurance reveals how President Xi Jinping’s approach to cracking down on conglomerates minimizes losses for creditors and investors, according to Eurasia Group.

The consulting firm’s Asia director Michael Hirson said in a Monday note that “the choices Beijing deferred are equally interesting — and instructive.”

Rather than following traditional regulatory methods of nationalizing Anbang or forcing its sale to another financial firm, Hirson pointed out that Beijing chose to have a committee of regulators run Anbang for at least a year.

“By placing Anbang under receivership, China’s regulators acted [in] a relatively transparent and investor-friendly way,” Hirson said. “Given actions over the last year, Xi’s top-down, highly political approach so far favors punishing executives for wrong-doing, but not the broader public for poor investment decisions.”

In June, Anbang said its chairman, Wu Xiaohui, was no longer able to fulfill his duties. The China Insurance Regulatory Commission said in an online statement Friday that Wu has been charged with fundraising fraud and embezzlement.

“Anbang was probably taken out in a really public manner to set an example for others to step back a little bit,” said Adams Lee, an international trade lawyer at Harris Bricken. He’s watching to see if this is an isolated case, or if another Chinese company gets hit in another two to three months.

Chinese conglomerates such as Anbang, HNA and Dalian Wanda had been on an overseas spending spree in 2015 and 2016. They made a series of high-profile acquisitions in real estate and entertainment. But Beijing has stepped up its efforts to stem capital from fleeing the country, while Trump administration’s tough rhetoric against China has increased the challenges on both sides.

The number of Chinese deals in the U.S. and Europe fell about 23.6 percent last year from a peak in 2016, according to data from Dealogic.

Eurasia Group’s Hirson expects HNA may follow Anbang in falling to a Beijing crackdown on management. “If HNA simply cannot meet its financial obligations, we expect regulators to broker a debt restructuring,” he said. “The removal of senior management will likely be a condition of any explicit or implicit bailout.”

“Fosun and Wanda appear to be on more solid political ground,” Hirson said. “Wanda also benefited from chairman Wang Jianlin’s aggressive moves to sell assets and ‘de-risk’ in the middle of last year, a painful decision for Wang but one that now looks very astute.”

For non-Chinese companies, however, the implications of the Anbang takeover add to existing concerns about Beijing’s growing clout.

“This is almost unprecedented,” said Scott Kennedy, China expert at the Center for Strategic and International Studies.

“I think the global financial community are going to say, ‘What are the genuine constraints the Chinese government have basically regarding financial institutions? Can they at any time step in?’ It injects a level of unpredictability for others.”

Subsequent deals will likely see higher prices. The Committee on Foreign Investment in the United States (CFIUS) has slowed or outright blocked several Chinese acquisitions in the U.S., and the latest Anbang news adds to concerns about whether a deal can go through.

“The danger is that Western dealmakers will see transactions with Chinese businesses as more risky than others and demand a premium from Chinese buyers,” said Geoffrey Sant, partner in the trial department of Dorsey & Whitney and a former professor of U.S. law in Beijing.

Melanie Chen, managing director at UHY Advisors NY, said the company handled about 12 to 15 Chinese-U.S. transactions last year, the most for any year in the company’s history. She said industries ranged from health care to artificial intelligence, and tended to fall into areas with the green light from Beijing’s “Made in China 2025” plan.

“I don’t think the [Anbang] news will have significant impact on Chinese outbound investment,” Chen said. She said that since tax reform was passed, the number of phone calls from China and other Asian countries asking about investment opportunities in the U.S. has picked up significantly.