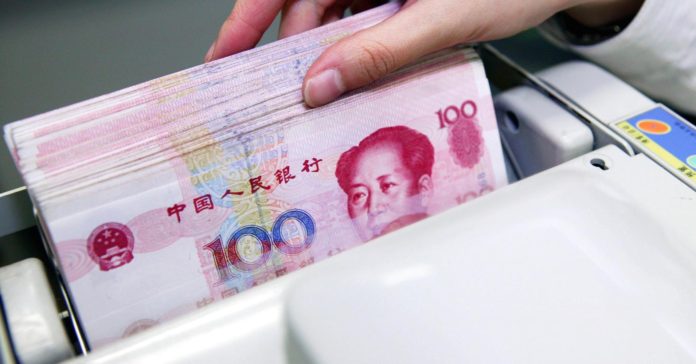 China’s yuan stayed near its highest levels in a year against the greenback in offshore trade Thursday, offering some relief to a currency bedevilled by capital outflow concerns recently.

In part, that reflected the yuan’s climb onshore, as well as move by the People’s Bank of China (PBOC) to set its yuan mid-point at 6.9307 against the dollar, down from 6.9526 on Wednesday.

China’s central bank does not allow the currency to move more than 2 percent from its daily fixing in onshore trade. While policymakers cannot closely control offshore trade of the currency, it usually remains relatively close to its onshore counterpart.

But analysts noted that the offshore yuan’s move was also driven by mainland policymakers’ apparent efforts to tighten capital controls.

China regulators introduced new rules, which will take effect in July, requiring financial institutions on the mainland to report domestic and overseas cash transactions of more than 50,000 yuan (around $7,217), down from 200,000 yuan previously, Reuters reported.

Additionally, overnight Hibor, or the Hong Kong interbank offered rate, for the offshore yuan, was pushed higher, reaching as high as 17.76 percent on Monday, before slipping to around 16.95 percent on Wednesday. On Thursday, Reuters reported the rate was set at 38.335 percent.

Mirza Baig, head of foreign exchange and interest rate strategy for Asia at BNP Paribas, said that level, similar to what would be seen in economically troubled Brazil, served up a punitive interest rate on any short renminbi position in the offshore-yuan market.