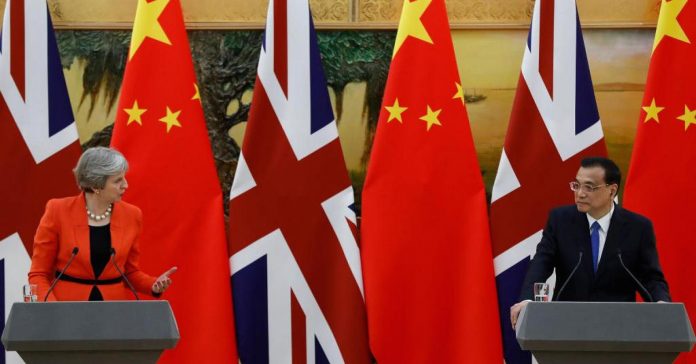 May’s visit to China comes at a time of domestic upheaval for the U.K. as it undergoes the process of leaving the European Union and tries to initiate post-Brexit trade deals. Trade with China is not balanced currently, with the U.K. importing far more from China than it exports to Beijing.

For China, the visit comes amid pressure from the international community for the country to open up to international trade and investment. May’s visit follows France’s President Emmanuel Macron’s trade trip to China two weeks ago where he too pressed Beijing or a reciprocal trade relationship.

Politically too, China is under pressure to help the international community to combat volatile regional threats, such as North Korea.

Li told the press conference that both countries were facing challenges, saying “we both face a complex and volatile international situation and we believe it’s important for us to uphold world peace.”

He said Brexit affected both countries but that “our bilateral relationship won’t change with the changes to the U.K.-EU relationship.”

Meanwhile, May told the audience that the U.K. and China were working together to tackle global and regional security challenges, threats to aviation security and to enhance their bilateral trade, cultural and investment relationships.

“I’m pleased that we’ve agreed to intensify the golden era of U.K.-China relations,” she said.