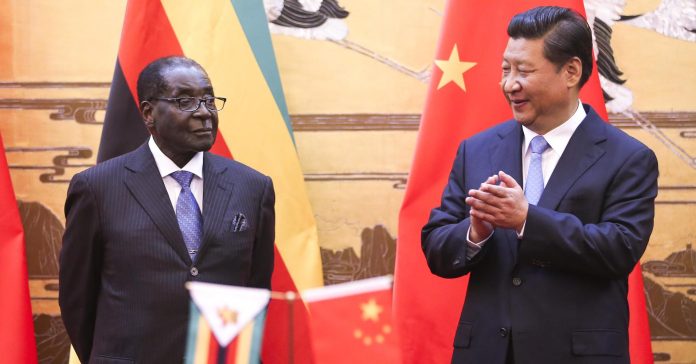 China’s foreign ministry said the visit was a “normal interaction” and arranged a long time prior.

“China may have subtly backed the military and Mwangagwa, preferring this combine to the coterie led by Mugabe’s wife Grace, given the latter’s legendary reputation for corruption,” said Chakravarty.

Adding to the speculation are reports of the Zimbabwe National Army deploying Chinese-made Type 89 armored vehicles during the coup. Neither the United Nations nor the Stockholm International Peace Research Institute had any record of Type 89s being delivered to Zimbabwe, IHS Jane’s said in a recent note, adding that none of the army’s other types of armoured vehicles were seen during the operation.

Beijing’s sole priority is ensuring friendly bilateral relations that will allow commercial development in Zimbabwe to continue, regardless of who’s in power, according to experts.

“Beijing’s interest is in a better investment climate in Zimbabwe,” stated Alex Vines, head of the Africa program at Chatham House.