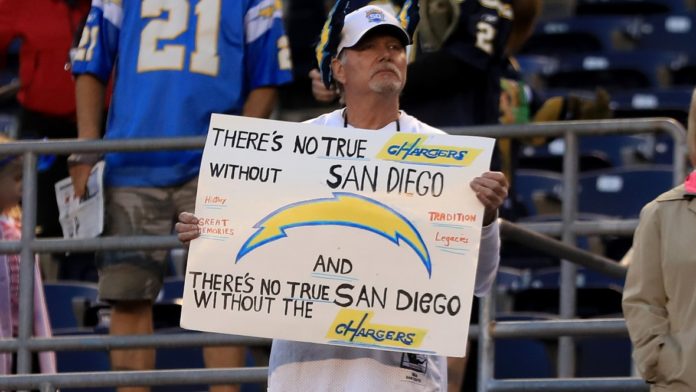 Where once there was none, now there might be two.

ESPN reported Wednesday night that the San Diego Chargers will announce they are moving to Los Angeles, joining the Rams who moved from St. Louis in January 2016.

Ironically, both franchises have called L.A. home before. The Chargers played their first season there in 1960 before moving to San Diego, and the Rams called the city home for nearly 50 years before relocating to St. Louis in 1994.

A stunner: Chargers plan to announce as early as Thursday they are moving to LA, ending 55-year stint with SD, league sources tell ESPN.

According to ESPN’s Adam Schefter, the Chargers have not sent a formal relocation notice to the NFL, nor notified officials in both San Diego and Los Angeles, but that barring a major change of heart, the move is almost certain to happen.

Chargers chairman Dean Spanos has been wanting a new stadium in San Diego for years, to no avail.

The Chargers would play in the L.A. Coliseum, where the Rams play, until a new stadium is built in Los Angeles.