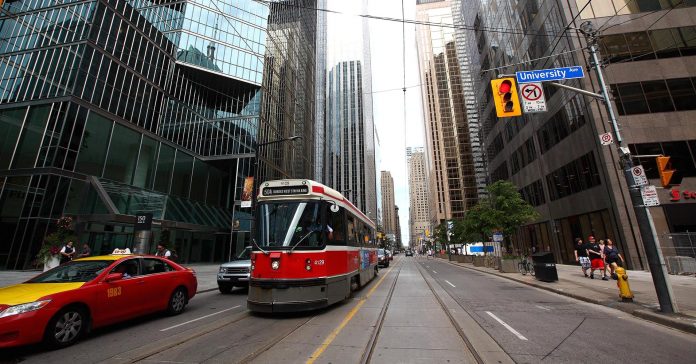 Officials running the program in Ontario have found that some people are reluctant to participate, fearing a hidden catch or being caught short when the grant runs out. So far, 400 have volunteered and have begun receiving the increased benefits. It’s too soon to gauge whether it has substantially changed their lives.

But Elizabeth McGuire, who heads the Campaign for Adequate Welfare and Disability, has seen a transformation in former welfare receipts already.

“It’s like they burst out of their cocoon and become people,” McGuire said. “Moving to a compassionate system that gives you enough money where you can grocery shop, buy a winter coat and get some boots, too. That has made such a psychological difference in the mental positioning of vulnerable people.”

Dave Cherkewski, a 46-year-old in Hamilton, says the extra $750 a month he is receiving has eased the stress of daily life and mental illness that has kept him out of work since 2002.

“I’ve never been better after 14 years of living in poverty,” he said.

Cherkewski dreams of returning to work in a role where he can help people with mental health challenges.

“With basic income I will be able to clarify my dream and actually make it a reality, because I can focus all my effort on that and not worry about, ‘Well, I need to pay my 520-dollar rent, I need to pay my 50-dollar cellphone, I need to eat and do other things,'” he said.

Jodi Dean, a 44-year-old mother of three whose 10-year-old daughter, Madison, has epilepsy and severe osteoporosis, received her first basic income check in October and said the extra money gave her family “the breathing room to not have to stress to put food on the table.”

“I’m having anxiety, panic attacks since I got this. I’m not afraid to say it,” he said.

But Button said that since he got his first check he is no longer sitting around his tiny apartment depressed.

“It takes me out of depression. I feel more sociable,” he said.