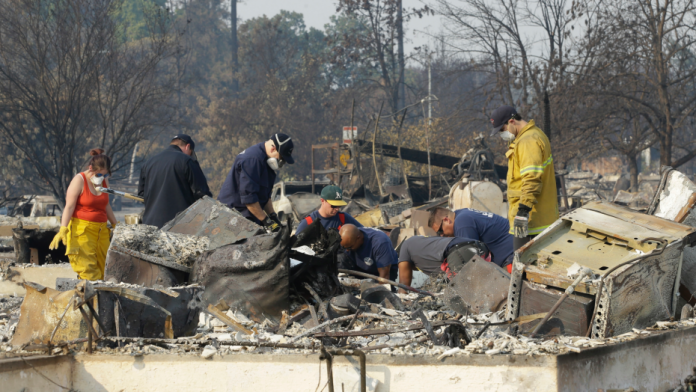 SANTA ROSA, Calif. –  A week after fleeing wildfires, tens of thousands of Californians are drifting back into their neighborhoods.

Some will face the prospect of destroyed homes. All will face possible lasting emotional damage.

Mendocino County Supervisor Rob Brown said Monday that “it’s never going to be the same” for the 8,000 evacuees from his county allowed to return home.

Brown said they’ll have to seek a new normal after the destruction, displacement and devastation of the fires that destroyed nearly 6,000 homes and killed 41 people.

Officials in neighboring Sonoma County, which had the most death and destruction, said they have increasingly been getting calls from people worried about mentally coping with what’s happened.