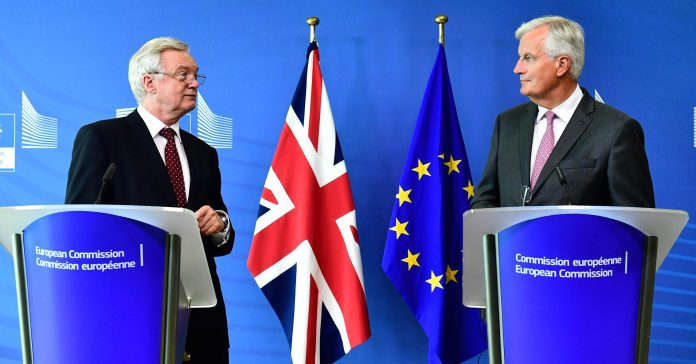 Ongoing talks between the U.K. and the European Union could break down at any point, according to a former member of the Bank of England.

This is because the way that Brexit talks have been planned is actually denying the chances of a successful outcome, DeAnne Julius, founding member of the Bank of England’s Monetary Policy Committee, said in an exclusive interview.

“The negotiations could fall apart at any time because some of the (preconditions) are win-lose, not win-win, and that’s not how you start a successful negotiation, you don’t start with the win-lose issues,” she said. The initial focus for Brexit talks have been on agreeing the Irish border, citizens’ rights and an exit bill before discussing future trade arrangements and a transition period.

The EU’s chief negotiator, Michel Barnier, reiterated Monday that there’s no possible change to such plan.

“I think the structure of these negotiations is actually stack against a successful outcome, because on the one hand (U.K. Prime Minister) Theresa May has to keep her party intact, on the other hand, Barnier has no mandate to go beyond what’s already been agreed with the 27 countries,” she said.

The lack of flexibility from both the EU’s negotiator and the prime minister increases the chances of seeing negotiations coming to an abrupt end, Julius believes. Brexit teams are currently holding their fourth round of talks in Brussels. Barnier and his British counterpart, David Davis, are set to hold a press conference Thursday afternoon to de-brief on the outcome of this round.

On Monday, Davis said that there were “no excuses” to prevent progress on the discussions and that a breakthrough was needed. The original timetable for Brexit talks has already collapsed. Initially, the plan was to have five rounds to settle these three big issues and then move on to trade arrangements after October.

The lack of progress is prolonging the period of uncertainty for both citizens and businesses in the U.K.

“I think the main effect (Brexit) is having and will have on the British economy is this delay, this uncertainty that we all face,” Julius said.

“Although it’s possible to think about scenarios and plan for several possible outcomes, I think it’s extremely difficult for companies of all sorts to make concrete plans right now with this amount of uncertainty,” she said.