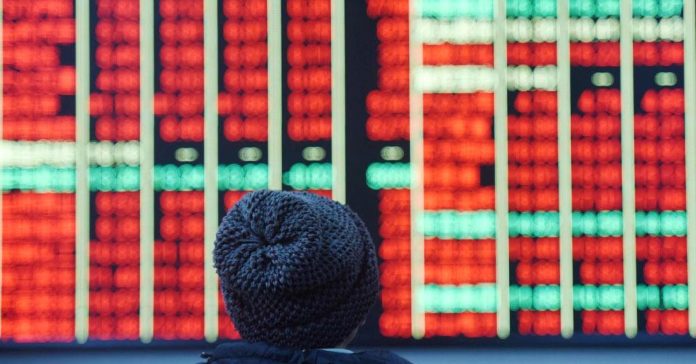 Back in Asia, Japanese futures looked set to jump at the open, with Nikkei futures traded in Chicago up 1.18 percent at 22,415 compared to the benchmark’s Monday close. Osaka futures were higher by 1.07 percent at 22,390.

Mainland China markets also rose on Monday as investors digested weekend news about the proposal to remove a two-term limit on the presidency. The Shanghai composite climbed 1.25 percent while the start-up board Chinext index popped 3.12 percent.

On the earnings front, Caltex Australia is among the names in the region reporting results on Tuesday. Meanwhile, Standard Chartered will report full-year earnings at 12:15 p.m. HK/SIN.

In currencies, the dollar index, which tracks the greenback against a basket of currencies, stood at 89.847 at 6:54 a.m. HK/SIN. That was above levels around the 89.6 handle seen at the end of Asian trade on Monday, but not far off from Friday’s close of 89.884.

The dollar index has firmed around 0.9 percent since the beginning of February.