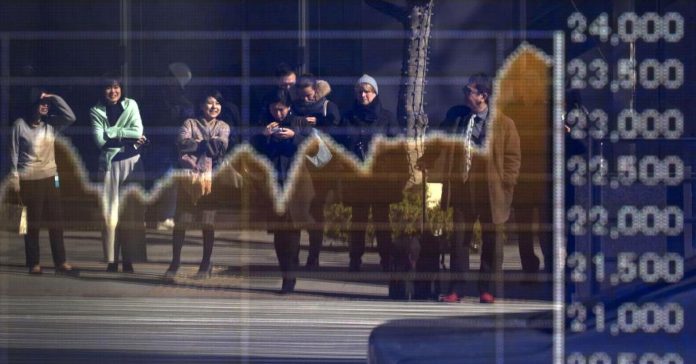 U.S. stocks closed lower after the yield on the 10-year Treasury note rose above 2.7 percent, its highest levels since April 2014. The rise in bond rates this year has been driven by concerns over higher inflation.

“There were no major news behind the move higher in yields, but given the recent break of key resistance levels, core yields now have more freedom to move higher,” Rodrigo Catril, senior FX strategist at National Australia Bank, wrote in a morning note.

Major indexes stateside had closed at record highs last week on the back of upbeat corporate earnings. As of Monday morning, 78 percent of S&P 500 companies that have announced results have topped earnings expectations, according to FactSet. Several tech heavyweights, including Facebok and Apple, are due to report this week.