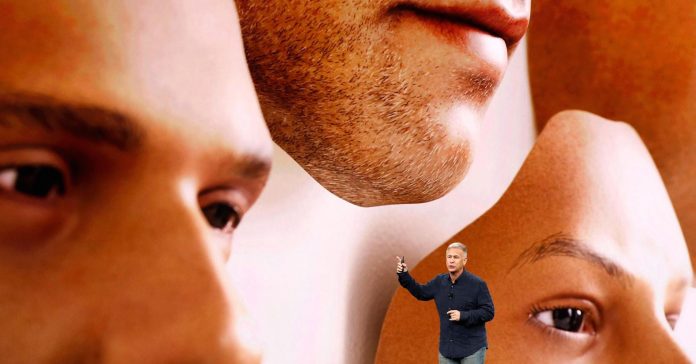 Apple says that the system works even when someone is wearing a hat or sunglasses for example. One of the interesting aspects of Face ID is how it adapts to you as your face changes. In an accompanying white paper, Apple describes how Face ID “augments its stored mathematical representation over time.” This means that the stored image that Apple has of your face changes as your face develops.

Face ID may capture new images of your face upon successful unlock attempts. This helps develop the stored picture of the face. Also, if you fail to unlock the phone with your face, but follow it up with a passcode, Apple may still store that image of your face because it could be used to augment the stored image on the iPhone X.

The company went to lengths to explain the safeguards in place so Face ID can’t be spoofed, one of the concerns raised about the system, after fingerprint sensors have regularly been found to be flawed.

Apple said that the Face ID is encrypted, secured, and never backed up to Apple’s cloud computing service iCloud or anywhere else.

“Face ID automatically adapts to changes in your appearance, and carefully safeguards the privacy and security of your biometric data,” Apple said in the white paper.