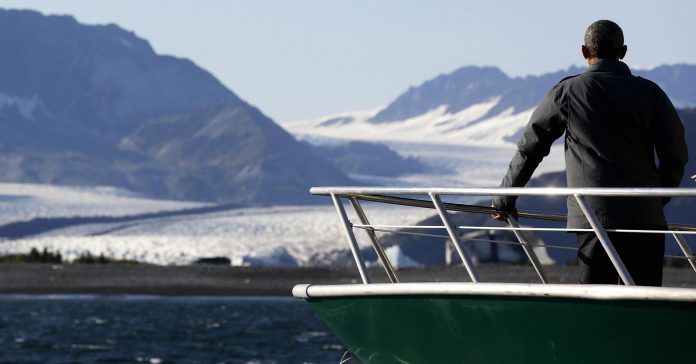 One hundred and fifty years ago — on March 30, 1867 — Russia signed over Alaskan land to the U.S. for less than two cents an acre. Today, that same land has proven to be a gold mine.

Boasting sectors like oil, gas, mining, seafood and tourism, Alaska is the a hot commodity for investors, according to John Springsteen, the CEO of Alaska Industrial Development and Export Authority (AIDEA).

“There are many attractive prospects in … Alaska, particularly when it comes to oil and gas development and our other natural resources,” Springsteen told CNBC’s “Squawk Box” on Friday.

The Arctic region has already attracted the attention of many Asian countries such as China, Japan and Singapore.

Beijing has said it is ready to play a role in developing the Arctic and plans to conduct its eighth scientific expedition there in 2018. Japan, meanwhile, is eyeing shipping routes and resource exploitation there, as Tokyo seeks sourcing opportunities for energy and other raw materials.

For his part, Springsteen said AIDEA has a history of working closely with Asia.

“We are an enterprise infrastructure investor and we have a history of working with the money from Singapore and money from Korea, money from Japan, in order to meet the mutual interests for energy independence,” he said.

Springsteen recommended that investors looking to get into the region — which is hampered by limited access to resources, surface transportation, ports, broadband and other critical infrastructure — work with parties “that have the abilities and the confidence to be able to execute in this type of an environment.”