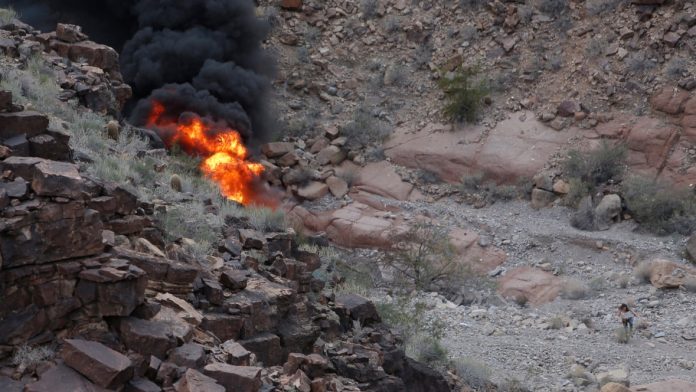 Ellie Milward, 29, had been in critical condition since aircraft went down Feb. 10

Nevada authorities say a British tourist who was pulled from the wreckage of a helicopter crash in the Grand Canyon has died, bringing the total number of deaths to five.

Ellie Milward, 29, and her husband, Jonathan Udall, who were on their honeymoon, were among six British people visiting Las Vegas and on the sightseeing helicopter.

Milward had been in critical condition since the Feb. 10 crash. Udall died in hospital. Three of his friends were also killed, while two people, including the pilot, remained in hospital.