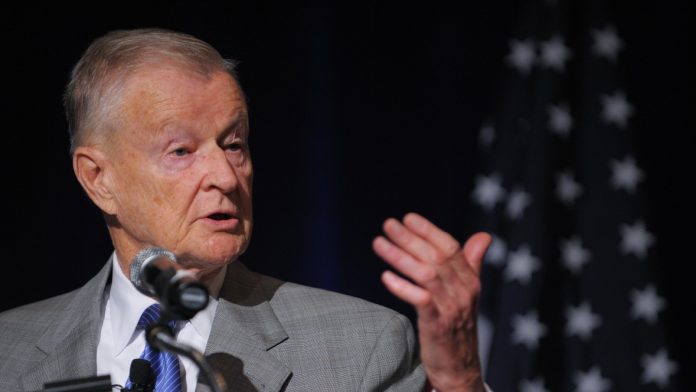 Zbigniew Brzezinski, the national security adviser to U.S. President Jimmy Carter, has died. He was 89.

His death was announced on social media Friday night by his daughter, MSNBC host Mika Brzezinski. She called him “the most inspiring, loving and devoted father any girl could ever have.”

We are remembering my father tonight with the love of his life who inspired him and shared in his wonderful life over six decades. pic.twitter.com/8if3PFRnSN

Brzezinski helped topple economic barriers between the Soviet Union, China and the West. And he helped Carter bridge wide gaps between the rigid Egyptian and Israeli leaders, Anwar Sadat and Menachem Begin, leading to the Camp David accords.

But the Carter years were also defined by the Iranian hostage crisis, which came to symbolize the administration’s failures and frustrations.