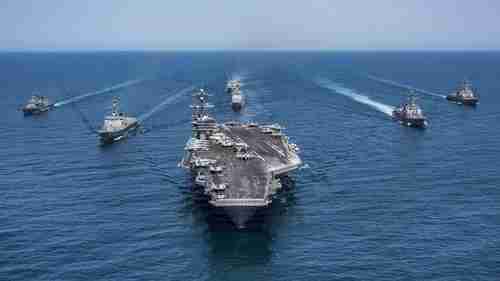 This morning’s key headlines from GenerationalDynamics.com

The missile is assumed to be a “Scud” missile known as the KN-06, that can be launched from a mobile platform, to target enemy aircraft or nearby ground targets. North Korea has a large stockpile of Scud missiles, originally developed by the Soviet Union.

North Korea’s child dictator Kim Jong-un is quoted as saying that the system should be deployed “all over the country like forests so as to completely spoil the enemy’s wild dream to command the air, boasting of air supremacy, and weapon almighty.”

The usual steps have been taken in response to the latest ballistic missile test: South Korea’s President Moon Jae-in, who had hoped to have friendly relations with North Korea, called a meeting of the country’s National Security Council. Japan launched a protest and called the test “highly problematic, while Japan’s prime minister Shinzo Abe vowed action to deter North Korea’s repeated provocations. Reuters and The Diplomat and Sky News (Australia)

The US Navy is deploying a third aircraft carrier strike group to the waters around North Korea. The USS Nimitz will join the USS Carl Vinson and USS Ronald Reagan, which were already in the region. That decision was made before Sunday’s ballistic missile test, so tensions are growing high in the region.

These events are causing people to worry about war, and specifically to worry that President Donald Trump will launch airstrikes on North Korea.

It is impossible to predict what any individual will do, and that certainly includes politicians. So it is possible that Trump may order some kind of attack on North Korea, and thus trigger a major new Korean war, and subsequently a world war. My personal belief is that three aircraft carriers are there to pressure North Korea politically and that the actions are being taken with the cooperation of the Chinese, and possibly even the Russians.

For example, one scenario short of an attack is that China and the US are playing good cop/bad cop. That is just a guess. Anyway, we will just have to wait and see.

Sunday’s test was of a short-range mostly defensive ballistic missile, so it may be possible to have fanciful thoughts that North Korea is backing down, or at least slowing down. A new test of either a nuclear weapon or an intercontinental ballistic missile (ICBM), two technologies which could be combined to deliver a nuclear weapon to the US mainland, would raise tensions enormously.

No one doubts any longer that North Korea will inevitably develop the technology to deliver a nuclear weapon to the US mainland. So there’s going to be a war now or in the near future. That’s what Generational Dynamics has been predicting anyway, so there’s no surprise. Asahi Shimbun (Tokyo) and Daily Beast and CBS News