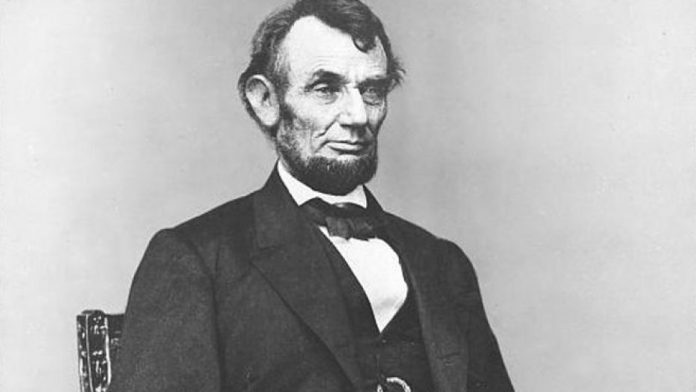 An Illinois historical society has received a fitting donation in the “Land of Lincoln.”

A box made from a tree stump on which Abraham Lincoln purportedly gave one of his earliest political speeches was given to the Rochester Historical Preservation Society last week, the (Springfield) State Journal-Register reports.

Lincoln delivered a speech in the town in 1832, when he campaigned for the state House, according to the newspaper.

Terry Campbell of Green City, Missouri, gave the box to the society Friday on behalf of the Campbell family, the State Journal-Register said. The land where Lincoln spoke reportedly has been in the family for more than 130 years.

“He told me about the box and that Lincoln had stood on this stump to give his first political speech, and when he got done, members of the family cut the stump down and then built boards out of it to build a box,” Terry Campbell told the newspaper. “There were actually two boxes made out of the stump, both of them alike, and (my dad) had the one.”

The society’s president, John Runions, told the Journal-Register that the box is “a great link” to Lincoln for the small community outside the state capitol of Springfield.

“Once I got it, I knew what it was, and my dad was the same way,” Terry Campbell said of the object. “He didn’t use it for anything. He kept it on a shelf. We knew what it was and that was just kind of a heirloom that sat there and we looked at it.”