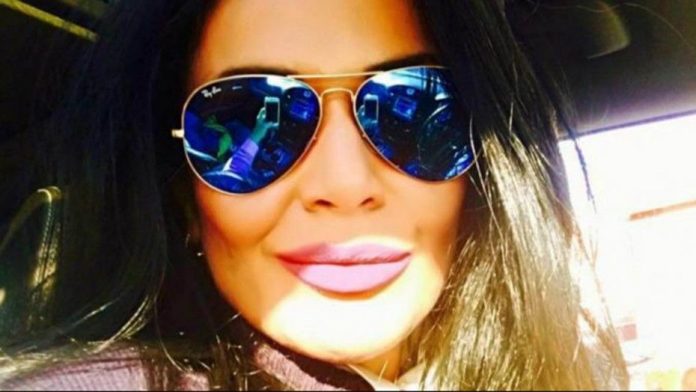 Olga Tsvyk claimed that Viktoria Nasyrova tried to poison her with chicken soup, in addition to cheesecake, she told the Daily News.

The New York woman facing charges for allegedly giving someone laced cheesecake and trying to steal their identity also allegedly tried to seal the deal by poisoning the woman with chicken soup.

Olga Tsvyk told the Daily News in a Thursday report that the Russian suspect, Viktoria Nasyrova, was a customer at the beauty salon where she worked. On the day of the alleged poisonings in August 2016, Tsvyk said Nasyrova had asked to come to the woman’s home in Forest Hills, Queens, for an eyelashes appointment.

Nasyrova reportedly brought with her a cheesecake – which was later confirmed to be laced with the Russian tranquilizer Phenazepam. Tsvyk told the newspaper that the suspect ate two pieces before sharing a third with her. After having a bite of the dessert, Tsvyk said she threw up and was sick all night.

The following day, Nasyrova allegedly showed up again, this time with soup. After having some, Tsvyk said she fell into a coma and spent three days in the hospital.

WOMAN ACCUSED OF POISONING LOOKALIKE WITH THEESECAKE, STEALING HER IDENTITY

“She wanted to kill me,” Tsvyk told the outlet. “She was not sure the poison stayed in me because I threw up.”

Tsvyk was found by a friend lying unconscious in her bed, “dressed in lingerie with pills scattered around her body as if the woman had attempted to kill herself,” Queens District Attorney Richard Brown said in a statement Wednesday, announcing the charges against Nasyrova.

After returning home from the hospital, Tsvyk “realized that her passport and employment authorization card were missing, along with a gold ring and cash,” Brown said.

Law enforcement agents with the Department of Homeland Security tested the cheesecake and confirmed it was laced with Phenazepam. The pills contained the same drug as well, Brown said.

Tsvyk told the Daily News that she sort of remembered Nasyrova going through her things.

ARIZONA NEWSPAPER OWNER SAYS HE WAS POISONED WITH RAT TOXIN

Nasyrova was arraigned on Tuesday on attempted murder, burglary, assault and other charges after being arrested in March 2017, Brown announced.

“This is a bizarre and twisted crime that could have resulted in the death of a Queens woman, whose only fault was that she shared similar features with the defendant,” Brown said.

The two women both have dark hair, the same skin complexion and speak Russian, he added.

Besides her involvement in the alleged poisoning, Nasyrova is currently in prison on Rikers Island for stealing from two men she met through online dating sites.

She’s also accused of drugging and killing a woman in her native country before fleeing to New York. In an interview with CBS News’ “48 Hours,” she denied the charges saying, “I’m not a killer.”

Nasyrova faces up to 25 years in prison if convicted of the poisoning plot, and is due in court on May 25.