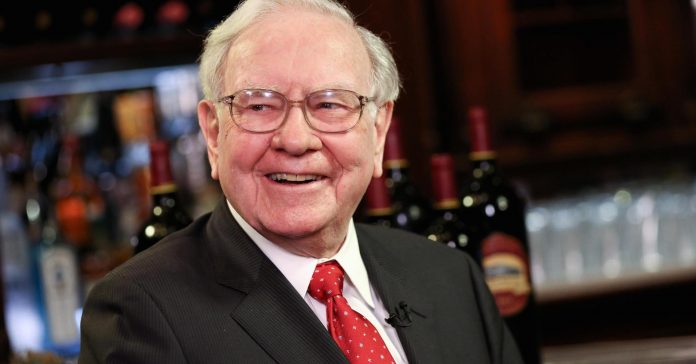 Berkshire would also become Bank of America’s biggest shareholder, surpassing Vanguard, which holds 6.6 percent, about 652,000 shares, according to FactSet.

Mr. Buffett has not talked often about the Bank of America stake. In the past, Berkshire indicated it would likely not execute the warrants until right before the 2021 deadline. But in his annual letter to shareholders, Buffett signaled a change of heart.

“If the dividend rate on Bank of America common stock – now 30 cents annually – should rise above 44 cents before 2021, we would anticipate making a cashless exchange of our preferred into common.”

The letter noted that Bank of America has been repurchasing shares, which it views favorably. “We very much like this behavior because we believe the repurchased shares have in most cases been under priced. (Undervaluation, after all, is why we own these positions.) When a company grows and outstanding shares shrink, good things happen for shareholders.”

There was no word from Berkshire immediately after the bell whether they would take action, and a phone call wasn’t immediately answered. It seems Buffett would likely take this action as long as he believes Bank of America’s stock would remain stable to higher.