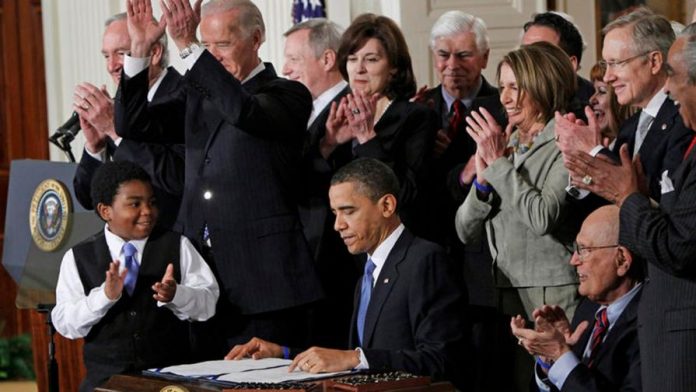 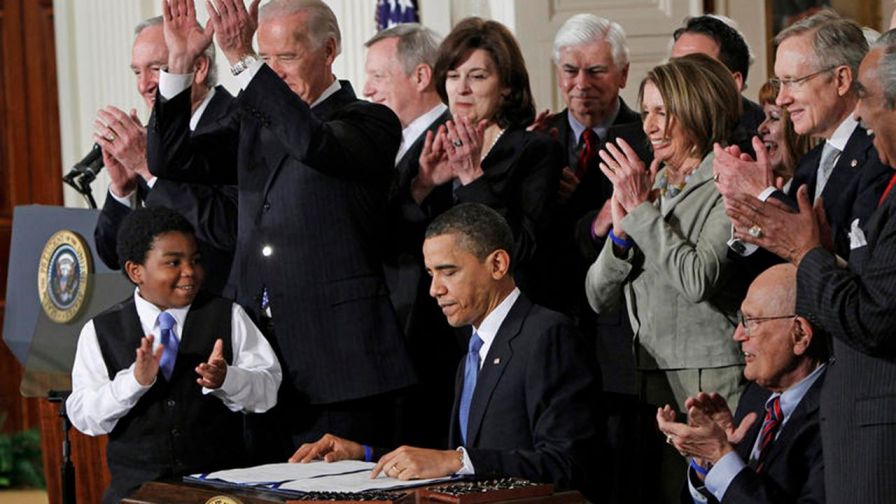 The horror genre relies on deliberate pacing and a meticulous layering of suspense. Directors achieve this with silence, music cues and misdirection. Scott employs all of these devices in his films. But “Alien” is scary as hell because Scott hides the monster. It’s always lurking in the shadows, barely seen on screen.

Congressional Democrats may feel they’re on the set of one of Ridley Scott’s films. They thought they finally vanquished efforts to repeal and replace ObamaCare in July. Yet like a legislative shaman, Republicans resuscitated a new repeal and replace stratagem which could very well be on the Senate floor next week. The bill authored by Sens. Lindsey Graham, R-S.C., and Bill Cassidy, R-La., now has Democrats trembling. Why? Because like the thing in “Alien,” this bill came out of nowhere. It caught everyone by surprise. The attack was crisp, succinct and efficient. And like that critter, Graham/Cassidy scares the dickens out of Democrats.

There’s fear this could pass.

What confounds ObamaCare defenders most is the fear of the unknown about this bill.

“After a few weeks of lying dormant, Trumpcare is back and it’s meaner than ever,” augured Senate Minority Leader Chuck Schumer, D-N.Y.

“I think they like the fact that people are paying attention to hurricanes and earthquakes and DACA and this and that and that they might be able to sneak this by,” said Pelosi.

Democrats are now ringing the klaxons in preparation for what could be the conclusive ObamaCare fight. Then again, we’ve heard that before.

It takes 60 votes to break filibusters in the Senate. There certainly aren’t the votes to get anywhere near 60 on this legislation. So the GOP is using a special process called “budget reconciliation” which neuters filibusters and requires a simple majority to approve bills. Here’s the problem: the budget reconciliation measure for health care expires at 11:59:59 p.m. ET Sept. 30.

But in reality, the operational deadline is late Sept. 28 – or at the very latest, the early hours of Sept. 29.

Yom Kippur is the holiest day on the Jewish calendar. It begins at sundown on Sept. 29 – 6:53 p.m. ET on Friday. Jewish senators want to be home for synagogue and prayer. Yom Kippur ends an hour after sundown on Sept. 30 – around 7:51 p.m. ET. That leaves a narrow window after the holiday before the budget reconciliation opportunity for health care expires. This is why it’s likely this must be settled on Sept. 28 or, at the latest, early the next day. However, more than one Senate source noted to Fox News that the Senate voted on Christmas Eve morning to approve the first version of ObamaCare in 2009.

The new health care move emerges because of a stark reality: Congress really only acts on hard deadlines. Sure, there were all of the attempts by Republicans on Capitol Hill when President Obama was in office. But those were never going anywhere. Plus, the GOP never could agree on a “replacement” bill.

That all changed with the election of President Trump. And the crush is on with the clock ticking.

The vote is close.

“I’ve never felt better about where we’re at,” bragged Graham about the vote count.

Of course, almost any GOP repeal and replace bill would likely command at least 45 yes votes. Republicans only need to climb to 50 yeas and then have Vice President Pence break a tie.

“I think we’re going to get 50 Republicans,” Graham said on Fox News. “And I’ll make a prediction. A couple of Democrats will come on board.”

Democrats still have a way to block the bill.

The budget reconciliation process caps debate time at 20 hours. But the Senate burned off that time in July. All that’s left are chances to amend the bill. This unfolds during what’s called a “vote-a-rama.” Vote-a-ramas are where senators cast ballot after ballot. This consumes anywhere from six hours to nearly an entire calendar day. Senate Democrats could flood the floor with amendments to the bill. If the Senate isn’t wrapped up by Sept. 30, the budget reconciliation carriage turns into a pumpkin.

Senate Democrats also have another option: submit amendments so lengthy that they take hours to read aloud on the floor. The Senate usually halts the oral reading of an amendment after a few seconds. But that process requires “unanimous consent.” If Senate Democrats play their cards right, they wouldn’t grant GOPers consent to end the reading of their amendments. That could chew up hours and wind down the clock.

If these sound like potentially desperate tactics by Democrats, they are.

Democrats thought they long ago extinguished the repeal and replace threat. But just like Alien, it’s back. That’s why Democrats interpret the Graham/Cassidy bill as more virulent and unpredictable as other efforts they’ve quashed.

And so the tension builds. No one knows what’s next.