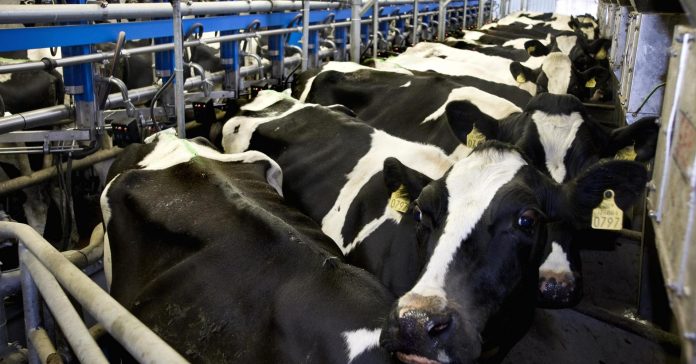 Andrew McConkey’s family has owned their farm in County Monaghan since 1924. It sits just two miles from the Northern Irish border and is home to 200 cows producing one million liters of milk each year for the U.K. and EU market. The status of the now-invisible border has shaped their business for generations.

“When Grandad bought [the farm], it would’ve been a new border at that stage. And during Dad’s time it would’ve been a significant issue at times in the 50s, 60s and 70s,” McConkey told CNBC. “But thankfully most of those issues have disappeared, so how it will affect us going forward? We don’t really know, but certainly a little bit nervous.”

“If the U.K. stayed in the customs union, it would make life simpler for us in the sense that we wouldn’t have to worry about the travelling of goods back and forward across the border,” he added.

“It’s a huge issue for Europe but I guess we’re the ones that will have the immediate impact,” Flanagan remarked. “Our sector, which is very exposed to the U.K. market, saw the impact of the drop in value of sterling immediately and hundreds of millions dropped off farmers’ incomes in the last year alone, way before Brexit actually takes effect.”

Trade talks are due for mid-December, but Ireland has threatened to veto them and hold out until 2018 if its priorities are not addressed.

“Some people have accused us of being intransigent here, but [Ireland] have the gun in their hand right now and the [U.K.] is asking them to hand it over so it can be used against them,” Flanagan said. “This is the only leverage they have.”