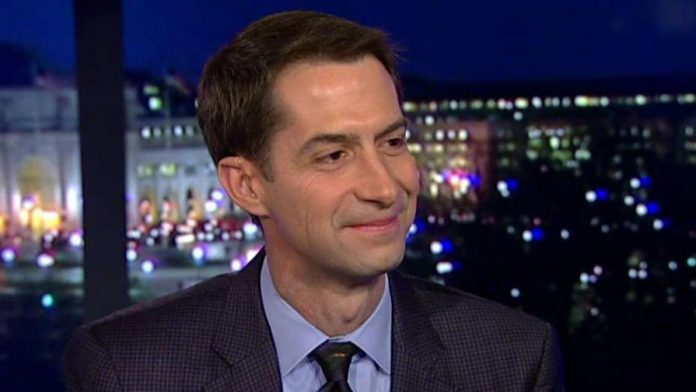 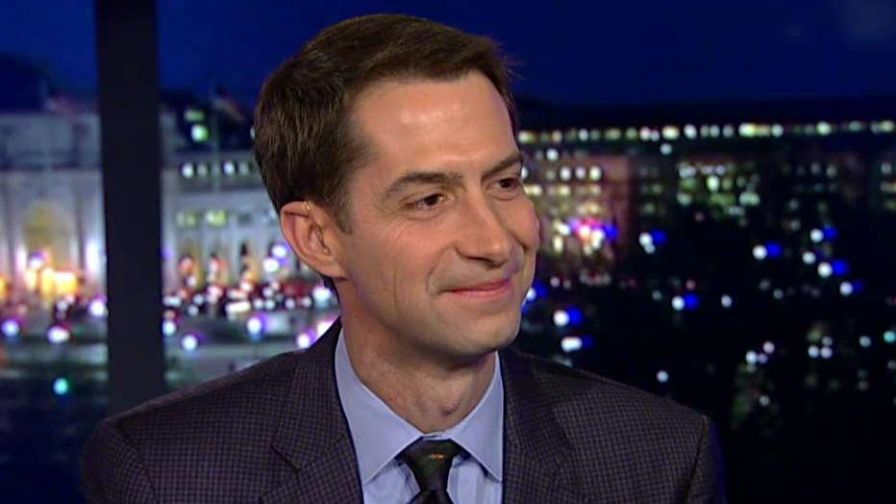 Secretary of State Rex Tillerson is expected to step down in January, sources told Fox News on Thursday. The move is a result of reported growing tension between Tillerson and President Trump.

Mike Pompeo, the current director of the CIA, may be tapped to replace Tillerson, sources also said. As a result, Arkansas GOP Sen. Tom Cotton may be nominated to replace Mike Pompeo as the intelligence agency’s next chief.

Here’s a look at Cotton ahead of his possible move.

Who is Tom Cotton? 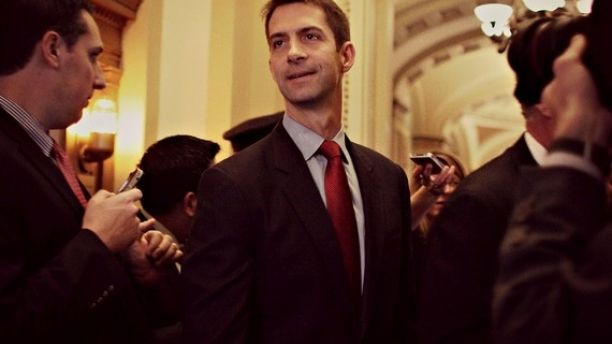 Tom Cotton is Trump’s rumored CIA director pick. He could become the youngest-ever leader of the intelligence agency.

Cotton, who’s currently the youngest U.S. senator at just 40 years old, grew up on his family’s cattle farm in Yell County, Ark. After graduating high school, he attended Harvard and then Harvard Law School, according to his website.

After a clerkship for the U.S. Court of Appeals and a private law firm, Cotton joined the U.S. Army as an infantry officer in light of the Sept. 11 attacks. He served in Iraq with the 101st Airborne, according to his website, and then in Afghanistan with a Provincial Reconstruction Team. Overall, Cotton served nearly five years on active duty in the United States Army.

Between his two tours, he also served with The Old Guard at Arlington National Cemetery. He’s also been awarded the Bronze Star Medal, the Combat Infantry Badge and a Ranger Tab.

Tom has two sons, Gabriel and Daniel, with his wife Anna.

What kind of experience does Cotton have?

After leaving the army in 2009, Cotton worked at the management consulting firm McKinsey and Company.  A few years later, Cotton served one term in the U.S. House of Representatives from 2013-2015, where he represented Arkansas’ 4th congressional district.

Cotton was endorsed by Arizona Gop Sen. John McCain when he decided to run for the seat in the House.

What is Cotton’s relationship with Trump?

Cotton has been a defender of Trump in the Senate. He supported Trump’s views on the Iran nuclear deal, and, like the president, is a supporter of stricter immigration laws and policies. He also defended Trump’s campaign promise to bring back waterboarding, arguing that the method is “not torture.”

Trump has also praised Cotton for the way he handles himself in TV interviews and deals with the press, the Daily Beast reported.

WHO IS REX TILLERSON?

“Senator Tom Cotton was great on Meet the Press yesterday. Despite a totally one-sided interview by Chuck Todd, the end result was solid!” Trump tweeted in July of 2016.

What has been the reaction to Cotton’s potential move?

Critics argue that Cotton is too inexperienced or does not have enough relevant experience to head the nation’s top intelligence agency. If he becomes director, Cotton would become the youngest person to ever lead the CIA.

Indeed, “he is incredibly analytical, he is immersed in world affairs and he has a lot of good relationships” Jeremy Bash, the former chief of staff at the agency under Leon E. Panetta, told the New York Times.

But what is less clear, “is how he would click with the White House and the rest of the intelligence community, and whether or not he would be prepared to relinquish the role of a policymaker. He would really have to be prepared to park his policy views at the Langley gates,” Bash added.

But Cotton supporters say that a move to CIA would be a good opportunity for the rising political star who may decide on a presidential run in the future.

“The Senate is a horrible place, who would want to spend their life there? Six years ago, he was a kid looking for a job and running for a House seat. People who are head of the CIA have a history of being vice-presidential nominees and going on to serve as presidents,” one Cotton ally told Politico.

George H.W. Bush served as the head of the CIA before become vice president and then president.

Cotton has declined to directly answer questions about the nomination. In a statement to Fox News, Cotton’s communications director, Caroline Tabler, said that Cotton’s “focus is on serving Arkansans in the Senate.”