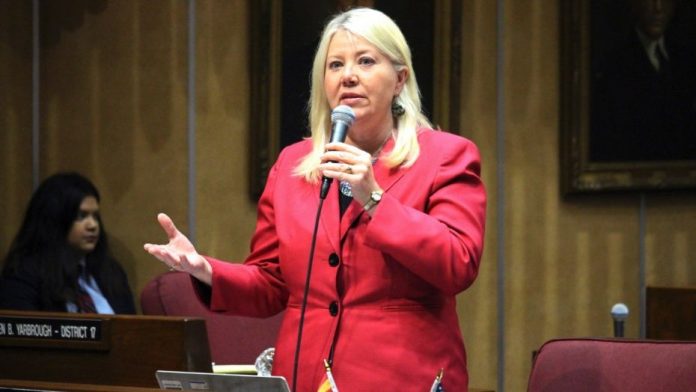 Debbie Lesko, a Republican, has served as a state representative and senator. Now she is running for Congress.

Running as a Republican in the special Arizona House race, Debbie Lesko knows her district and has experience representing it at the state level.

Ahead of the April 24 election, here’s five things to know about Lesko.

Lesko recently resigned as a state senator, a position she held for three years, to run for Congress. Prior to that, she was a state representative for six years.

“I was just really engaged,” Lesko told Fox News. “When an opening came up in the legislature in 2008, people approached me and asked if I wanted to run, and I did and won.”

As a state representative, she participated in a golf cart parade 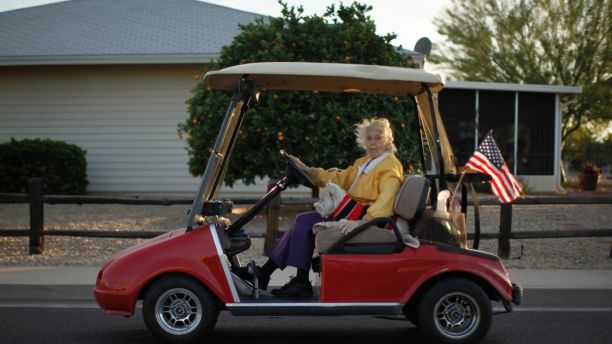 A woman rides in a golf cart with her dog in Sun City, Arizona in 2013.

Lesko said she gained a reputation of working to directly address her constituents’ concerns – including when it came to golf cart regulations.

In 2014, then a state representative, Lesko championed legislation that allowed people to drive golf carts – the preferred mode of transportation in large retirement communities – along the side of the road. At the time, more than 30,000 golf carts were registered in Maricopa County, Arizona, and up to 50 percent of households in Sun City, a large retirement community, used a golf cart, according to the Arizona Republic.

Residents, along with Lesko and then-Gov. Jan Brewer, celebrated with a parade of more than 100 golf carts.

As a survivor of domestic violence, Lesko says she recognizes the importance of speaking out about the issue and making sure other women know they are not alone.

“Domestic violence is a very prevalent problem, and it can happen to anyone,” Lesko said. “It doesn’t matter what their status is, what their education background is.”

“It happens to so many women, and I just want them to know they can get out of it and become successful because I did it,” she said. “I’m living proof of it.”

“It happens to so many women, and I just want them to know they can get out of it and become successful because I did it. I’m living proof of it.”

Lesko said she isn’t sure if there’s much Congress can do in terms of legislation in order to combat domestic violence.

“You can’t legislate the behavior of people,” she said. “I think those of us who got out of the situation, it’s just important that we talk to other women and tell them to just get out because chances are it’s not going to get any better [in that relationship].”

She added, “There is hope. You have a future. There are organizations out there that will help you – help you financially, give you a place to stay.”

The most recent one, filed with the Federal Election Commission by the Campaign Legal Center, alleges that her transfer of $50,000 from her state campaign to an independent group that spent nearly all the cash backing her congressional run was illegal.

Phil Lovas, one of 11 Republican candidates defeated by Lesko in the primary, previously filed a similar FEC complaint.

“All I can say is we did everything legally,” Lesko has said. “I have one of the best, if not the best, election lawyer firms on my campaign team. And I’m very thankful the voters didn’t fall for the last-minute false allegations against me.”

Lesko’s campaign website boasts dozens of endorsements from elected officials and conservative and anti-abortion groups, including Concerned Women for America, National Right to Life and Susan B. Anthony List.

Brewer, who celebrated with Lesko when she won the primary in February, has also endorsed the former state lawmaker, according to Lesko’s campaign website.