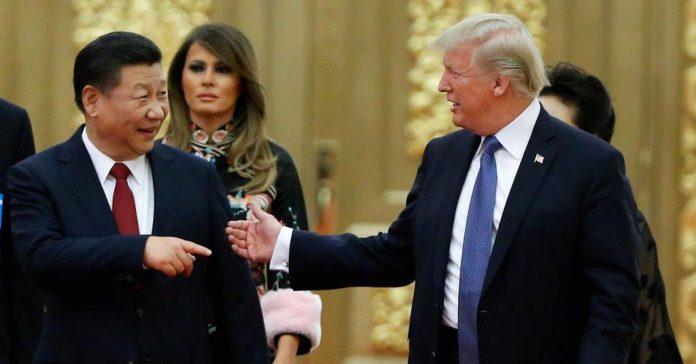 The White House is considering imposing a raft of tariffs and other punitive measures on China to punish the country for alleged intellectual property theft, long a source of tension between the two countries, which are key trade partners.

The Office of the US Trade Representative submitted a proposal to the White House calling for tariffs on a range of Chinese products, restrictions on investment by Chinese companies in the United States, and limits on visas for certain Chinese nationals, according to the Nikkei Asian Review newspaper, citing a source familiar with international trade.

The tariffs would not only target technology products that are often subject to intellectual property theft, but also goods such as clothing, according to the report.

Alleged intellectual property theft by China has long been a source of tension between Beijing and Washington. The United States also objects to Chinese investment rules that require US companies to transfer technology in order to do business in the country.

President Donald Trump frequently slammed China for unfair trade practices on the campaign trail. In August, the US Trade Representative Robert Lighthizer initiated an investigation under Section 301 of US trade law to determine whether or not Chinese practices related to technology transfers and intellectual property discriminate against the United States or restrict business.

Trump has sought to make good on his promise to pursue an America First trade policy, announcing controversial tariffs on aluminum and steel earlier in the month. On Monday, the president blocked Singapore-based Broadcom’s bid to buy out the US chip maker Qualcomm, citing national security concerns.

Analysts viewed Trump’s decision to kill what would have been the biggest tech deal in history as more about China than the Singapore-based company.

“The case that has been constructed is that, given Broadcom’s business practices, the worry is that they will cut investment significantly, particularly in the 5G roadmap, weaken Qualcomm, as well as the U.S. position and allow Huawei, a Chinese company to take the lead,” explained Stacy Rasgon, chip analyst at Bernstein.

Tech stocks listed on the S&P 500 fell 0.4 percent on Tuesday, while the tech-heavy Nasdaq composite dropped 0.4 percent after falling 1 percent earlier in the trading session.

“While most tech names including FANG stocks are relatively insulated from any China worries/headwinds, this is enough of a near term concern for tech investors to take some profits after a golden run over the last few weeks with many of these names making new highs,” said Dan Ives, head of technology research at GBH Insights, in a note.

CNBC’s Fred Imbert and Huileng Tan contributed to this report