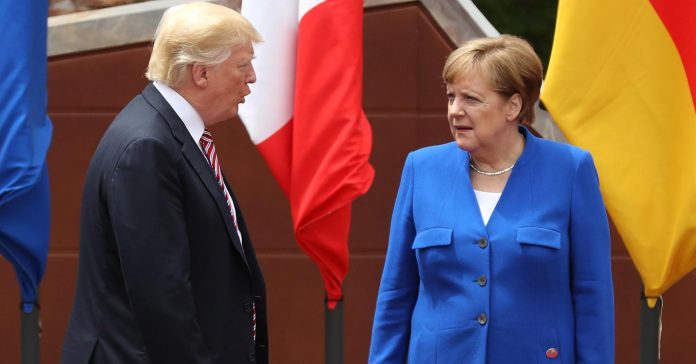 The White House is shooting down reports in a German newspaper that President Donald Trump told leaders in Europe he would stop German car sales to the U.S.

The story was filed by the German newspaper Spiegel on Thursday. Since Trump’s alleged threat was not recorded on audio or video, journalists brought it up Friday with Gary Cohn, the White House’s chief economic advisor. Cohn said the reports are not true.

Last year, it totaled $64.9 billion, the third-largest trade deficit the U.S. has with countries around the world. Only China and Japan had larger trade surpluses.

Not surprisingly, the auto industry drives the trade deficit with Germany. According to the Department of Commerce, the U.S. imported $21.6 billion in autos from Germany last year, while it exported $6.1 billion to the European country.

In short, Americans have developed a healthy appetite for BMW, Audi and Mercedes-Benz. Those high-end luxury sedans and sports cars more than offset the growing number of SUVs and crossovers coming from German-brand auto plants here in the U.S.