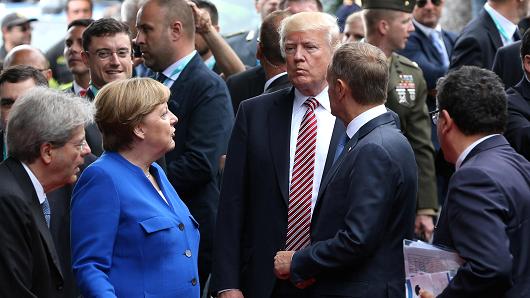 World leaders have a chance Friday to lobby for Donald Trump‘s support on the Paris Agreement on climate, and the president may be willing to listen.

“I think he’s leaning to understanding the European position,” chief economic advisor Gary Cohn told a pool reporter during Trump’s first trip overseas as president. “Look as you know from the U.S., there’s very strong views on both sides. Both sides are running ads.”

Trump meets Friday with the leaders of the G-7 economic powers in Italy, and some of those officials are expected to try to convince the U.S. to keep to its word on the landmark global agreement to curb greenhouse gas emissions, which was reached during the Obama administration. The United States is world’s second-biggest greenhouse gas polluter, after China.