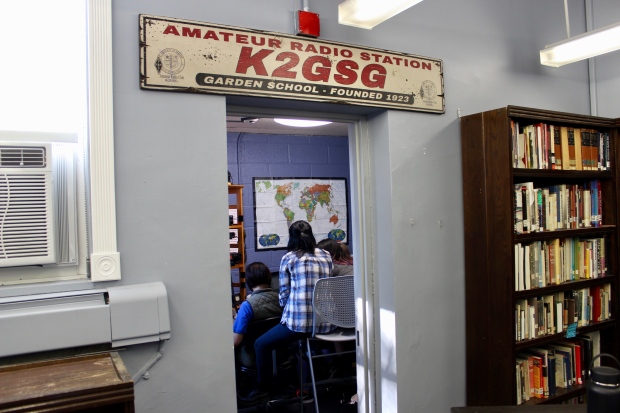 In the age of smartphones, Snapchat and WhatsApp, a group of students in Queens, New York, are using a more traditional form of communication to help out the people of Puerto Rico.

It’s been two weeks since Hurricane Maria devastated the U.S. territory, and more than 90 per cent of the island is still without electricity.

The lack of power and Wi-Fi is making it difficult for communications across Puerto Rico, whether it’s family members trying to contact loved ones, or aid agencies trying to share messages related to health and welfare.

“You can easily relate to these people if you just think about how it must feel if you’re not able to talk to the people who you love and care about.”
– Lea Medina, Garden School Amateur Radio Club

With phone lines down and cellphone reception spotty, the American Red Cross and other aid groups have reached out to amateur (or ham) radio operators for help.

Ham radio can be set up anywhere and can communicate around the world. While some ham radio operators have been recruited to work within Puerto Rico, back in Queens, the students at the Garden School are helping out from the tiny room that houses the Amateur Radio Club.

Anyone can email the school and the club members will then share that message via radiogram, and that message is then relayed to ham radio operators in Puerto Rico.

How the Garden School got involved

The Amateur Radio Club started about a year ago, says teacher John Hale. It was part of a process of trying to teach the students about how to work with radios.

“The next thing, if you’re part of the radio community with amateur radio, is to help people in need,” says Hale.

“They’re helping an individual attempt to make contact with one of their family members.”
– John Hale, teacher, Garden School

When Hurricane Irma hit the Caribbean and Florida Keys in September, Hale realized that there was a need for ham radio and set to training the students on how to help.

“We slowly started teaching the kids about how to do a radiogram and start a relay message that’ll get down to wherever they need to go,” explains Hale.

“When we have a disaster they do food drives, they do clothing drives, they do money drives to raise money. This lets them try to work with a person one-on-one … now they know they’re helping an individual attempt to make contact with one of their family members,” says Hale.

Student Jasmine Petrov agrees that the individual contact is rewarding.

“What this gives is an actual personal touch … which I think makes it so much more special,” says Petrov.

Club member Lea Medina says that reaching out to people in Puerto Rico is just “the right thing to do.”

“If I were one of these people I, of course, would be as devastated as they are. And I decided to go and join this simply because it has to be done,” Medina explains. “You can easily relate to these people if you just think about how it must feel if you’re not able to talk to the people who you love and care about.”

Medina says she does not know anyone in Puerto Rico.

“But I know what it’s like to be separated from someone you love,” she says.

What it means to the students

“The most profound message that I’ve received so far is about this daughter who’s really desperately wanting to check on her father and her mother,” says Medina. “She asked us to make sure that they know that she loves them, she cares about them, and she wants to know for sure that they’re alright.”

Petrov is struck by the sameness of the messages they’re being requested to send.

“Seeing how all of these people trying to send pretty much the same care messages, of: ‘Are you OK?’ And just asking their relatives, their friends of their well-being,” explains Medina. “All of that together, it’s very overwhelming to be part of this emotional connection.”

Petrov says she joined the Amateur Radio Club because she was interested in learning how ham radio worked. She thought it would simply involve school radio competitions.

“I never thought that it would become so personal … it became so much more,” she says.

Medina says her interest in ham radio goes back to the way it was used in the 1930s and 40s.

“I particularly loved the field radio operators in World War II and I found their job to be one of the most important. Because of those people there were countless lives that were saved by dropping supplies in the right places,” says Medina. 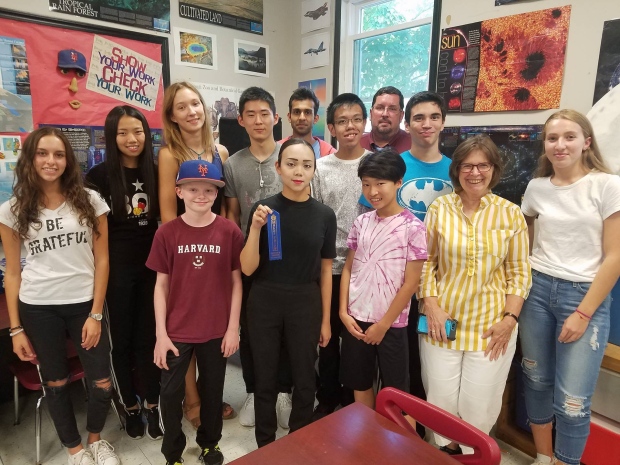 Medina reiterates that sending messages to Puerto Rico is just the right thing to do.

“These are people’s lives at stake,” says Medina. “And they’re people who are just trying to desperately talk to other people because there’s no way else.”

Hale thinks the radiograms are a great experience for the students, in addition to being an important lesson to the general public.

“Amateur radio can help in the time of need.”

To hear the full audio of the members of the Garden School Amateur Radio Club, download our podcast or click the ‘Listen’ button at the top of this page.