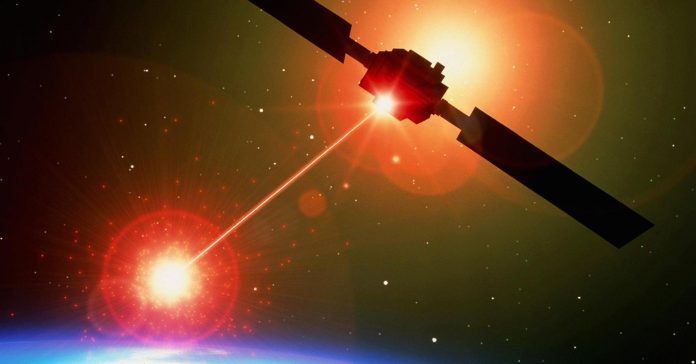 A new branch of the military dedicated to the final frontier is not a novel idea – but it may now be gaining traction in Washington – thanks in part to President Donald Trump.

Trump floated his idea for a theoretical new branch dubbed the “Space Force” while addressing an audience of service members Tuesday in San Diego, California.

“Space is a war-fighting domain, just like the land, air, and sea,” Trump said. “We have the Air Force, we’ll have the space force.”

As it turns out, the Space Force sounds a lot like the space corps legislation the Trump administration opposed last year.

In June, the House Armed Services Committee proposed the establishment of a space corps, a new branch of the U.S. military that would fall under the command of the Air Force, in the National Defense Authorization Act, or NDAA. This latest military service would relate to the Air Force similar to how the Marine Corps serves the Department of the Navy. The space corps would have an area of responsibility that encompasses the vast expanse outside of the Earth’s atmosphere.

At the time, the White House, the Air Force and Secretary of Defense James Mattis disapproved of the idea to create a space corps.

“I oppose the creation of a new military service and additional organizational layers at a time when we are focused on reducing overhead and integrating joint warfighting efforts,” Mattis wrote in a letter to the House and Senate Armed Services Committees.