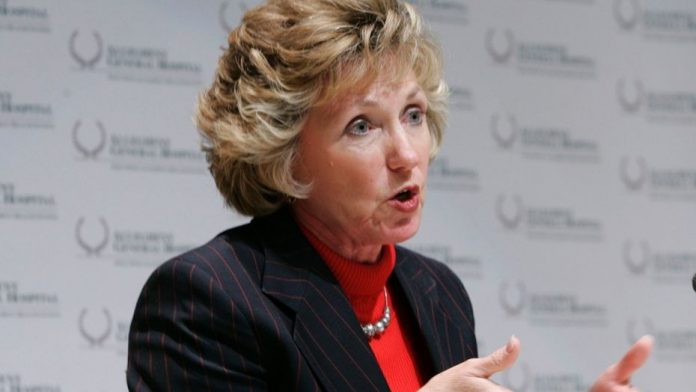 Gayle Manchin speaks during a news conference in Pittsburgh, Jan. 5, 2006.

West Virginia Gov. Jim Justice has fired Gayle Manchin, the state’s secretary of education and the arts, after she offered to resign.

“In an obvious rush to score partisan points, the Republican state legislature passed dangerous and destructive legislation to eliminate the Office of Education and the Arts on a mostly party-line vote,” Manchin wrote.

Democratic critics of the bill said it was a “political ploy” targeting Manchin, the Charleston Gazette-Mail reported.

Justice brought in Manchin when he tooik office as a Democrat in January 2017. But the governor announced his switch to the Republican Party during a rally with President Donald Trump last summer. Justice had been a Republican prior to becoming a Democrat.

Manchin had called on Justice to veto the “reckless and politically motivated legislation,” or work with her to dissolve the agency in a “responsible and compassionate way,” should he decide to move forward with the bill.

The Department of Education and the Arts’ agencies include Culture and History, Public Broadcasting and the Center for Professional Development, the Library Commission, the Intelligencer and Wheeling News-Register reported. Under the bill, the agencies would either be absorbed by other departments or continue separately within the executive branch.

Manchin offered to resign to “remove any political pressure,” in an effort to preserve the programs, the report said.

“It’s obvious that there aren’t any significant financial saving here,” Manchin said. “We need to get the politics out of this.”

However, her “mention of politics” reportedly crossed the line for the Republican governor.

Manchin’s termination came about a week after Justice agreed to a 5 percent pay raise to end a nine-day teacher’s strike in the state, USA Today reported.

In January 2017, Justice appointed Manchin to her position, after she served on the West Virginia State Board of Education from 2007 to 2015.