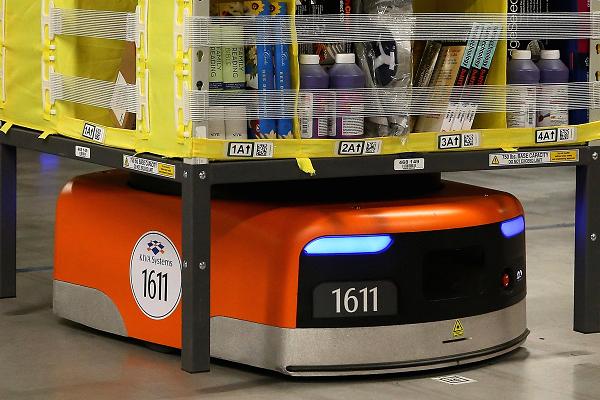 An Amazon Robotics robot moves a rack of merchandise at an Amazon fulfillment center on January 20, 2015 in Tracy, California.

But don’t feel bad if you haven’t heard about it yet. Amazon may be keeping it under wraps as it ramps up its offerings and perfects its fastest delivery method yet.

After all, you won’t find the service on the Amazon mobile app — you’ll have to give up some screen real estate for its “Prime Now” app.

We headed inside one of Amazon’s Prime Now hubs in the company’s hometown, Seattle, to see for ourselves what free 2-hour delivery looks like.

What we found was surprising efficiency, a whole lot of randomness and some hints as to what Seattle consumers are shopping for. And, possibility, Amazon’s vision for the future of ecommerce and retail.