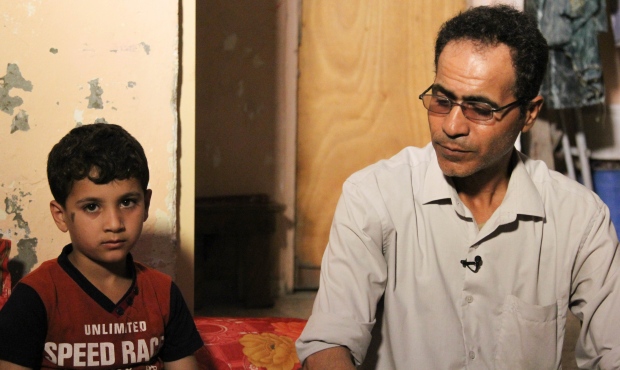 The living room where the 10 members of the Radwan family gathers to share their daily meal swelters in the early evening heat. Two small LED light panels cast a blue pall across the room.

The power is out. Yet again. The light panels run off a battery Iyad Radwan bought a few weeks ago after deciding burning candles was simply too dangerous.

Gaza’s two million residents have been dealing with a severe electricity crisis in recent weeks, with only two to four hours of power a day delivered to most most homes and businesses.

Iyad Radwan with one of his sons in their meagre al-Shati refugee camp home. The family gets between two and four hours of electricity a day. (Derek Stoffel/CBC)

“The warmer it is here, the more stress you feel,” said Radwan, an unemployed construction worker who lives in poverty in a Gaza City refugee camp. “It’s so hot that the heat strangles you.”

Gaza residents haven’t had around-the-clock electricity since 2006, before a conflict was fought between two rival Palestinian factions, Hamas and Fatah, based in the West Bank.

Problem is politics, not production

Hamas won and has governed the Gaza Strip for the last decade. Repeated attempts at reconciliation between the two sides have failed.

Until earlier this year, most Gazans received about eight hours of power a day. But an escalation in the political dispute between Hamas and the Palestinian Authority, which is led by the Fatah leader Mahmoud Abbas, has seen more blackouts. 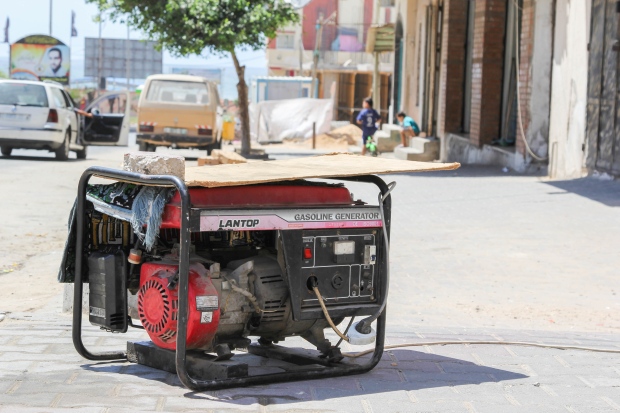 To cope with the power cuts some Gaza residents and businesses use generators, like this one in Gaza City, if they can afford them. (Derek Stoffel/CBC)

Israel agreed in early June to cut back its share of Gaza’s electricity supply, at the request of Abbas, who is widely believed to have made the move to increase the pressure on his rival Hamas. That led to the reduction to just two to four hours of daily electricity.  People often power small LED light strips with with solar panels, but larger solar systems aren’t common.

The desperate situation brought thousands of Gazans out onto the streets earlier this year in a rare protest against Hamas rule. The leadership of the militant group responded by cracking down against demonstrators, including the detention of Adel Al-Mashoukhi, an entertainer and comic, who went on Facebook to criticize Hamas. Those posts have since been deleted.

Ahmed Yousef, a senior Hamas official with close ties to the group’s leadership, lays the blame for the power crisis solely at the feet of President Abbas. 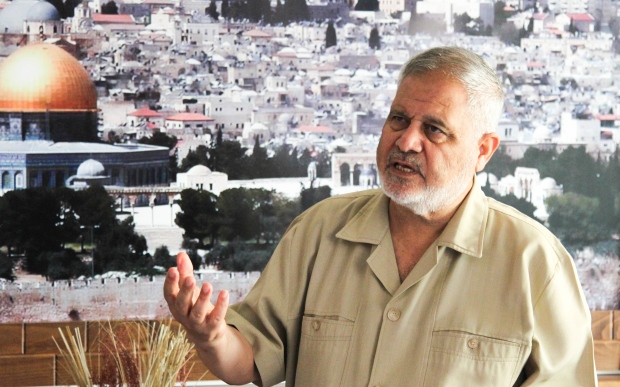 “He’s a moody man, and he’s trying to punish Gaza,” Yousef told CBC News. “He doesn’t care about the people.” Yousef went on to call Abbas a “lunatic.”

Abbas does have his supporters in Gaza, and a handful who spoke to CBC News backed the president’s move to put pressure on Hamas.

While they did not want to give their names, worried about the consequences of speaking to the foreign media, one of the men wondered why it took Abbas 10 years to take action.

Through all this squabbling, it’s the people of Gaza who have “paid the price for these political problems,” according to Hamdi Shaqqura of the Palestinian Centre for Human Rights. 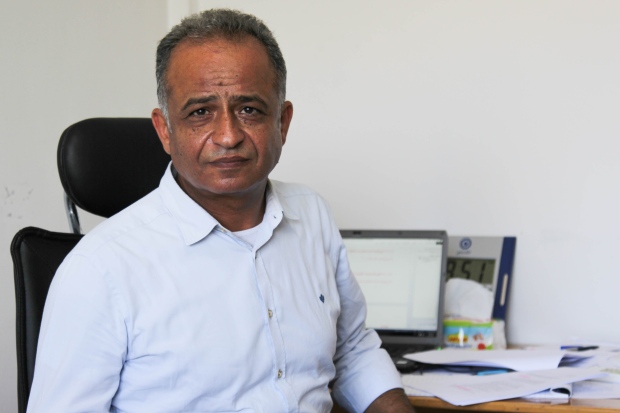 Hamdi Shaqqura of the Palestinian Centre for Human Rights says ordinary Gaza residents have suffered because of the political impasse between Hamas and the Palestinian Authority. (Derek Stoffel/CBC)

“It’s a human-made catastrophe,” he said. “What’s happening in Gaza is not the outcome of natural causes, an earthquake or a flood.”

A lack of electricity is not the only issue facing the beleaguered population of the Gaza Strip. 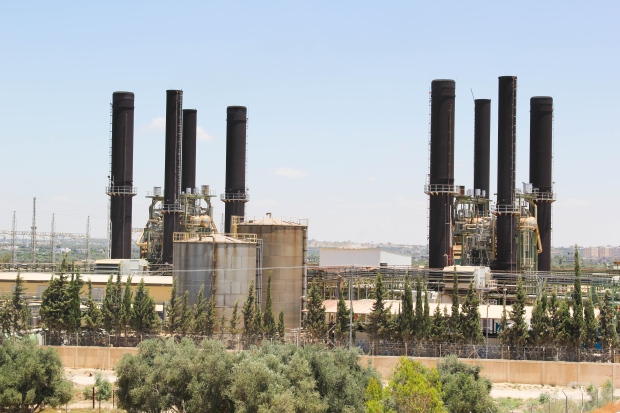 Israel’s blockade of the coastal territory has “undermined” living conditions, according to the United Nations, and damaged the local economy. More than 40 per cent of Gazans are without work, in what is one of the highest unemployment rates in the world.

Hamas and other Palestinian militant groups have fought three wars with Israel since 2008. The last conflict, which began nearly three years ago, left 100,000 people homeless, according to the United Nations. Thousands of homes have been rebuilt, but many Gazans still reside with friends or family.

Israel says its blockade is necessary to ensure Hamas doesn’t smuggle weapons into the territory. (Canada is among several nations that have deemed Hamas to be a terrorist organization.)

The United Nations said in a report that Gaza could become “uninhabitable” by 2020 if the current economic conditions are not resolved, pointing to the continued blockade and years of war.

For Gaza residents, the myriad issues they deal with daily have forced them to cope — and adapt. 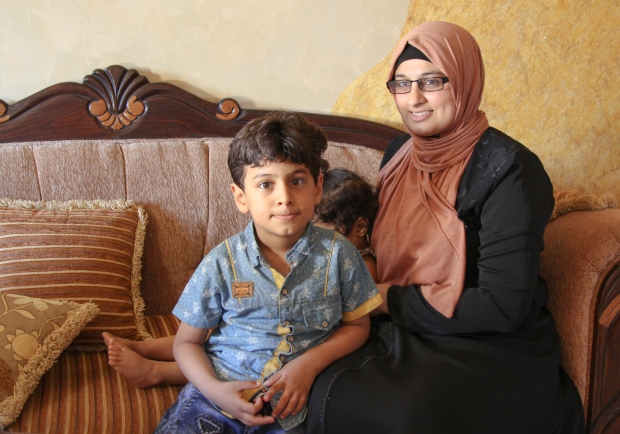 Reham Alfarawi and her son Sami in the family’s apartment in Khan Younis in the southern Gaza Strip. (Derek Stoffel/CBC)

In her modern apartment in the southern Gaza Strip, Reham Alfarawi has her washing machine loaded, waiting for the moment the power returns, even if just for a few hours.

“My children are at a young age, so I have to change them throughout the day,” Alfarawi said. “But sometimes the power comes on for just a little while — not enough time to do a full load.”

Alfarawi is Palestinian-Canadian, and lives in the Gaza city of Khan Yours with her husband and two young children. Much of her family is in London, Ont.

Celebrating when lights go on

For much of the day, the kids are bored with little to do, she said. Five-year-old Sami likes to watch cartoons, but the flat-screen TV mounted to wall remains dark most of the day.

“We wait for the electricity, even if only for an hour or two,” Alfarawi said.

When the power goes on, “I turn on the air conditioner. I turn on the TV,” she said, smiling broadly. “It’s a really big celebration.”

For Iyad Radwan and his family living in the Gaza City refugee camp, there is little to celebrate.

“We are simple people,” he said. “I don’t know why this is happening to us. We are already dead.”