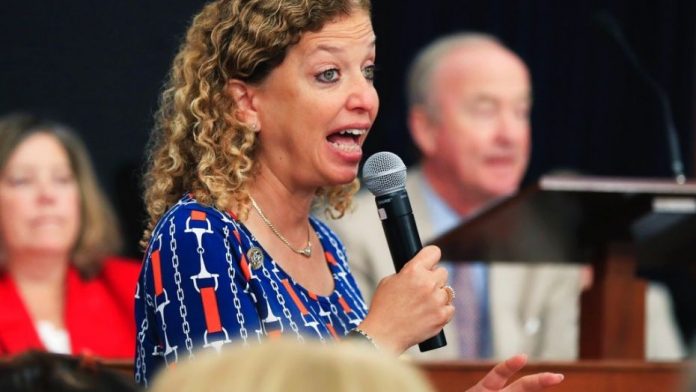 Rep. Debbie Wasserman Schultz has doubts that $1,000 bonuses amount to much.

Schultz, who appeared with House Minority Leader Nancy Pelosi, D-Calif., and other Democratic leaders at the #TrumpTax Town Hall at Florida Atlantic University, responded to a question about dozens of corporations giving bonuses and wage increases to their workers due to the Republican tax reform law.

In a clip flagged by America Rising, Schultz responded by downplaying the impact that the bonuses and wage increases will have on middle-class families.

“Frankly, if you look at the bonuses, which I haven’t heard of a corporate bonus more than $1,000 so far—which by the way is taxed, so it’s not $1,000,” Schultz said. “And then you spread $1,000 over the course of a year—to think of about how much that is—of course they get it all at once. But I’m not sure that $1,000—which is taxed, taxable—goes very far for almost anyone.”