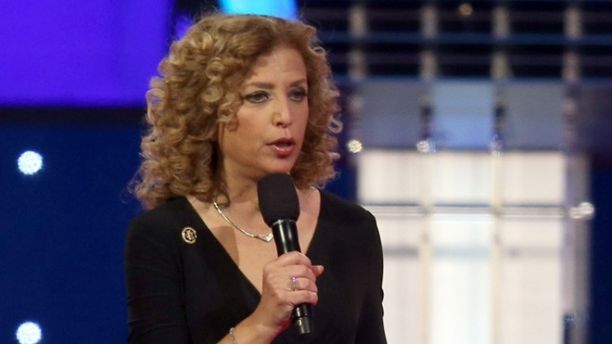 Wasserman Schultz, the former chairwoman of the Democratic National Committee who resigned from the post in July 2016 amid allegations that she favored Hillary Clinton over Bernie Sanders for the party’s 2016 presidential nomination, has asked local leaders in Hollywood to remove the names of Robert E. Lee, Nathan Bedford Forrest and John Bell Hood from city streets.

Hollywood officials gave preliminary approval in a 5-2 vote in July.

Supporters of the plan say the city should not honor Confederate officers because they fought to preserve slavery. Opponents say the generals served the South honorably and removing their names would be erasing history.

Wasserman Schultz’s district includes Hollywood, as well as other parts of Miami-Dade and Broward counties.

In Washington, the congresswoman and the other 10 Democrats in Florida’s congressional delegation have been trying to get a statue of Confederate Gen. Edmund Kirby Smith removed from the National Statuary Hall.

The Florida Democrats have called on the Florida Legislature in Tallahassee to hold a one-day special session on the matter, the Sun-Sentinel reported.

The request was made in a letter to Florida Gov. Rick Scott and other leading Florida Republicans, the newspaper reported.

“We must denounce symbols of white supremacy and stand up for love and compassion — not just with our words, but with our deeds,” the letter reads. “No family visiting our nation’s Capitol should have to explain to their child that the statue representing our state honors someone who fought for a philosophy built on hatred, inequality and oppression.”

Each state is allowed to display two statues in the hall. Florida’s other statue is of inventor John Gorrie.

Bills have already been introduced in Tallahassee to have the Smith statue replaced by one of Mary McLeod Bethune, a daughter of freed slaves who became an educator and founder of what became Bethune-Cookman University.

The Associated Press contributed reporting to this story.