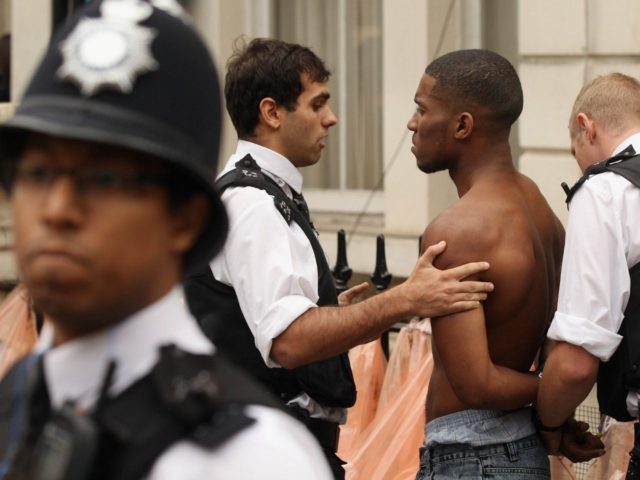 Crime in England and Wales has seen its largest annual rise in a decade, with violent crime shooting up by 18 per cent.

New figures from the Office for National Statistics (ONS) show recorded crime went up by 10 per cent in just twelve months between 2015 and 2016.

The revelations came as separate ONS data showed the number of police officers was the lowest in more than 30 years – since 1985.

The Government downplayed the findings but admitted “there is more we must do” to tackle the upsurge in violent crime.

In the ONS data, the number of violent crimes against citizens was up 18 per cent to 175,060 offences.

There were 723 homicides over the year, including murder, manslaughter, and infanticide cases.

However, the figure included the 96 deaths in the Hillsborough disaster 27 years ago, after they were classed as unlawful killings following an inquest.

John Flatley, of Crime Statistics and Analysis at the ONS, commented: “The latest figures show the largest annual rise in crimes recorded by the police in a decade.

“While ongoing improvements to recording practices are driving this volume rise, we believe actual increases in crime are also a factor in a number of categories.”

“Some of the increases recorded by the police are in the low volume, but high harm,” he said, pointing out that the separate Crime Survey for England and Wales – which appears to contradict police data, showing a fall in overall crime –  is “not designed to measure” offences such as homicide and knife crime.

Responding to the figures, Police Federation of England and Wales chairman Steve White asked: “What more of a wake-up call does the Government need?

“Government need to start to invest now in backing the police service so that it can carry out its primary responsibility, which is the safety and security of citizens.

“These figures demonstrate that this has not happened.”