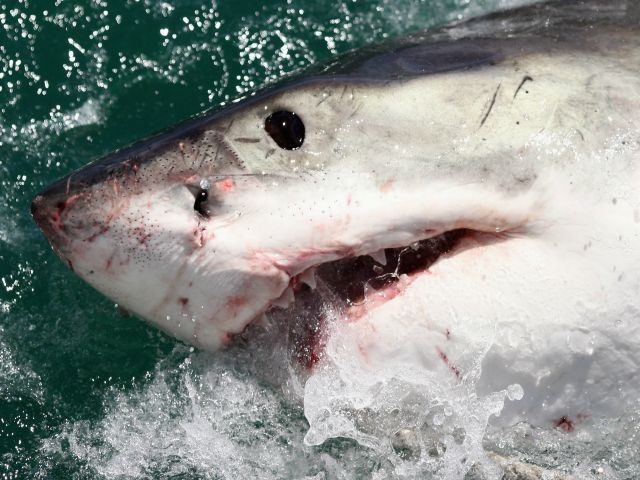 Video has been released of a March 18 incident in which a great white shark attacked a man in a kayak in Monterey Bay.

According to the San Francisco Chronicle, Gene Mace noticed the attack and filmed it. He can be heard talking during the video, telling his wife that the shark had flipped over the kayak and was swirling around it, pushing it through the water. The kayaker can be seen popping up out of the water, swimming toward shore.

The kayaker was rescued by a people aboard a boat who saw what was going on and sailed to him.

In September 2015, a kayak off the coast of Malibu in Southern California was attacked by a hammerhead shark, which bit the kayaker, who had been fishing for yellowtail.

There have been several sightings of great white sharks over the past several weeks in Southern California, after a woman was bitten by an aggressive shark near San Clemente.

Shark sightings are not rare, far off the coast, but the creatures have been spotted near shore in recent weeks, including the shallow areas where swimmers, surfers and bathers tend to roam.

It is not yet clear why so many sharks have been seen this year. Large numbers of juvenile sharks are often present off the Southern California cost, because of breeding, but it is rare to see adult sharks in the same waters, and even rarer to encounter aggressive sharks.

Some speculate that warmer waters in recent years, driven by the El Niño effect, may be part of the cause.