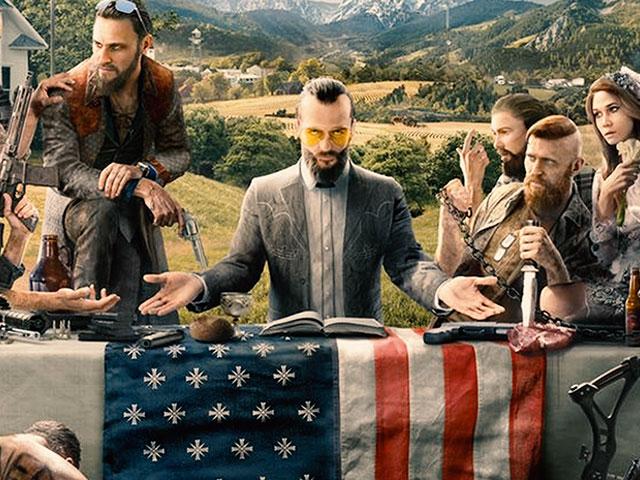 A new video game takes anti-Christian bias in the entertainment industry to a disturbing level, sending gamers on a mission to shoot down a violent “Christian” cult.

It’s called “Far Cry 5” and a recently released promotional illustration for the game is a mockery of Leonardo da Vinci’s painting of Jesus’ “Last Supper.”

It shows the leader sitting with a Bible at a table, surrounded by a group of followers holding guns with a bound and beaten man in the foreground. The word sinner is carved into his back.

“Far Cry 5 will tell the story of a militant Christian cult, if a piece of artwork released today by publisher Ubisoft is any indication,” reports gamer site Polygon.

“The image calls to mind the 2016 occupation of the Malheur National Wildlife Range, in which armed militants in cowboy hats and rugged button-downs seized the headquarters of the park located in Harney County, Oregon,” writes The Verge.

According to truthfeed.com Far Cry 5 is the first in the series to let gamers “mow down” Americans rather than mutants or foreigners.

There is a petition on change.org, created by gamers, trying to get Far Cry 5 cancelled. So far it’s been signed by over 1,100 people.

“Far Cry 5 is an insult to your fanbase, the Americans who make up the majority of your customers, and it’s time you woke up to that fact.  Change this, or cancel it,” the petition reads.