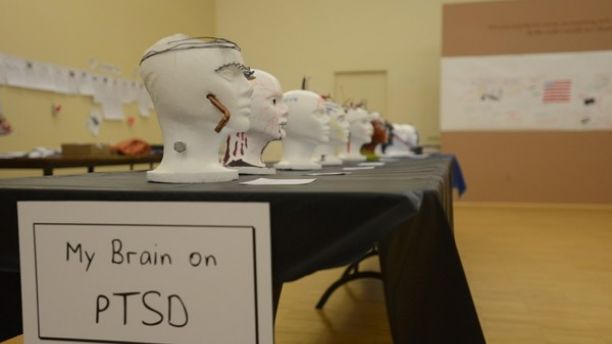 Veterans often find it hard to adjust back to daily life when they return home, but one fellow soldier says that music and art can help them regain a sense of healing and hope.

Warrior Songs has spent most of the past decade using songwriting and other artistic endeavors to assist veterans with PTSD help channel the flood of emotions they experience after returning from battle.

The organization was started by Jason Moon, an Iraq War veteran who returned to Wisconsin in 2004 from a tour of duty and found it difficult to adjust to civilian life while suffering from post traumatic stress disorder.

That was the moment that led him to seek help.

The non-profit organization helps veterans come to terms with their time in war through creating music and art.

“I started getting real treatment,” Moon said. He went for observation at his local VA hospital and when he was released, he looked for ways to deal with the pain he carried.

Then he turned to music.

“I started writing songs,” he said. “They were really supposed to be cathartic for me. It was really the best way to get all that stuff off my chest.”

In 2011, he compiled the songs he wrote into an album titled “Trying to Find My Home.” After posting the music online, he received e-mails from other vets and their family members telling him how his music helped them with their own process.

Moon decided to go on the road and perform for others in the veteran community. During this time, he became inspired to start Warrior Songs.

“It was an ‘ah-ha’ moment for me,” Moon said. “Once I realized my music was helping other people, I felt it was worth sticking with and that I had to help others.”

Moon made it his mission to help his fellow service members.

Since January 2011, he has traveled over 200,000 miles, meeting with and making over 180 presentations to thousands of veterans as well as those currently enlisted. Warrior Songs was the result. 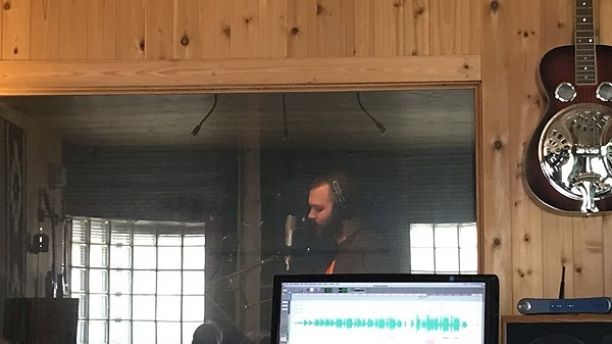 Todd Fahn says that writing songs and bonding with fellow vets at a 2013 Warrior Songs retreat helped him deal the tough time he faced after returning home.

The organization helps veterans though a variety of programs that makes use of the arts to help them better understand the experience of war and its aftermath.

Its ethos is that processing those experiences through music or other artistic mediums helps to bridge the gap between vets and their loved ones and also helps them reclaim hope.

One of the ways it helps achieve this is through artistic retreats where they write songs, create visual art, and most importantly, experience camaraderie with other vets—perhaps the only other people who understand what they went through.

“As a Vietnam vet, what these retreats provide is so instrumental in not only our individual healing, but by providing a venue for camaraderie with more recent war veterans, filling a need for not only us individually, but (also reaping) benefits for generations to come,” said one veteran named Ray, in a letter to Warrior Stories that was provided to Fox News.

“It’s been over 40 years since my return from the conflict in Vietnam, for the first time I’ve felt acceptance among my peers. I feel that my isolation, failed relationships and sketchy career have been vindicated in the truth telling of our stories, my experiences have been validated. Now I am free to speak my truth because of you all, able to accept my place as ‘elder’, no longer a pariah. Through art, through poetry, song and writing, Warrior’s Song has made it possible to speak the unspeakable,” he wrote.

Todd Fahn, a Calvary sniper with the U.S. Army who served tours in both Iraq and Afghanistan, is a veteran who faced the same issues as Moon when he returned home to his native Washington state.

“Life is not easy when you come back,” Fahn told Fox News. “When you serve, you get used to the norm of a life and death situation. That you could die at any moment.

“When you are there, you accept that fact and face it head on.”

Fahn said that train of thought became difficult once he returned stateside.

“You come back to civilian life and people just don’t care,” he said. “It makes things difficult and you just want to give up.”

Fahn said it was that experience that made him a “hermit,” only venturing out late at night or for short periods of time.

“My anxiety level goes through the roof,” he said. “I take so many medications just to get up to go to the store.”

In 2013, he attended a Warrior Songs retreat where he wrote his own songs about the pain he went through and gained solace in the camaraderie with other vets.

“It wasn’t until I went to the retreat that I was able to open up,” Fahn recalled. “I was unable to do that for a long time. It gave me the opportunity to express where I’ve been and help me through it.

“A lot of people don’t understand the hell of war.”