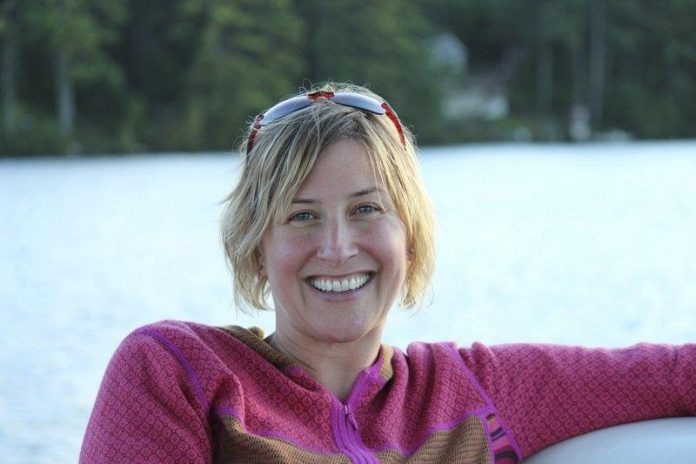 After a work conference, Maura Turner was looking forward to a girls’ weekend with her close friend, Christine Loeber, a social worker and executive director of The Pathway Home that treats veterans with post-traumatic stress disorder.

Turner went to Loeber’s home in Yountville, California, on Friday and found the door locked. Soon after, she heard about a shooting and apparent hostage situation at the nearby veterans home where Pathway is located. And then came the devastating realization her friend was among the three women being held.

She called her husband, Tom Turner, in Dedham, Massachusetts.

“We heard the guy was a former patient and so I thought that was a positive,” he said in a telephone interview Saturday with The Associated Press. “I figured he had to like her.”

Loeber and two other women who worked for the program were killed, leaving the Turners reeling. The girls’ weekend Maura Turner eagerly anticipated turned into a time to mourn her friend and await the arrival of Loeber’s mother, who was traveling from the East Coast after getting word of her daughter’s death.

“She’s been a part of just about every significant event we’ve had as a couple,” Tom Turner said. “Our wedding, our boys’ christenings. She’d always spend Labor Day weekend at our lake house in Maine. She was always so fun. On a rainy day she’d be first to open up the Monopoly board and play with the kids.”

The 48-year-old from Easton, Massachusetts, was gregarious, funny and awash in friends, most of whom referred to her affectionately as “Loeber,” Turner said.

She graduated from the University of New Hampshire and went into sales, then decided social work was her calling. She got her master’s degree from Boston College in clinical social work and took a job with the Veterans Administration in Boston and then moved to the VA in Santa Rosa, California. She became executive director at Pathway 18 months ago.

Sandra Woodford, an Army veteran who lives at the veterans homes and works at the crafts center just across the street from Pathway, said Loeber came in occasionally to make sure the younger vets from Pathway would be treated warmly if they came to the crafts building to work on projects.

“She was delightful, intelligent, outgoing, charming,” Woodford said Saturday morning as she stared across the veterans center grounds, where Pathway Home was still surrounded by police tape. “Very dedicated to the veterans.”

Tom Turner said Loeber, who was divorced, loved her work and was proud of it. Were she still alive, she’d be helping others understand and deal with the tragedy, Turner said.

“She’d have a better perspective than I would,” he said. “And she wouldn’t be as angry I am.”

Friends and co-workers remembered Jennifer Gonzales Shushereba, 32, as a “brilliant” psychologist who was committed to both her family and her job treating veterans with post-traumatic stress.

Gonzales Shushereba was seven months pregnant. She was married a year ago and was supposed to travel to Washington, D.C., with her husband this weekend to celebrate their anniversary, family friend Vasiti Ritova said.

“Jennifer and her colleagues died doing the work they were so passionate about — helping those in critical need,” her husband, T.J. Shushereba said in a statement. “Jennifer was adored by all who knew her and will always be remembered for her unconditional love and incredibly giving heart.”

Ritova, whose niece cares for Gonzales Shushereba’s grandmother, said she would spend time caring for her grandmother and would visit her every other week. She said the loss was “devastating.”

Marjorie Morrison, who founded the nonprofit group PsychArmor, said in addition to working with vets with PTSD, Gonzales Shushereba also focused on helping college campuses successfully reintegrate veterans when they return to school.

Gonzales Shushereba partnered with PsychArmor to create the VA Campus Toolkit, which PsychArmor put online. Many colleges use it, she said.

“She was brilliant for being so young,” Morrison said. “Absolutely brilliant.” She added that PscyhArmor partners take on these projects without pay, which “says a lot about someone’s character.”