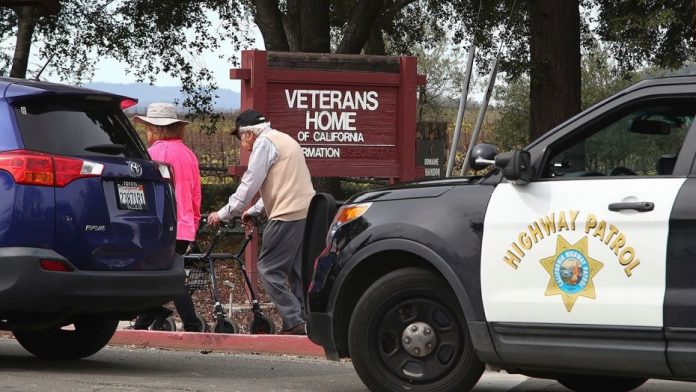 Three female workers along with the gunmen were found dead at the Veterans Home of California in Yountville, Calif., on Friday after a nearly eight hour standoff.

The California State Law Enforcement Association (CSLEA), which represents public safety workers, said in a statement that 600 officers protecting campuses across the state do so without a weapon — representing a risk to public safety.

The union called on the California Department of Veterans Affairs to take a proactive approach toward protecting residents, visitors and staff at its facilities.

“Despite being unarmed, they are tasked with the responsibility of protecting a very large campus of residents, staff, and visitors 24 hours a day, and local law enforcement relies on these public safety officers as the frontline security for the hospital,” the statement read.

The CSLEA criticized VA administrators for not providing firearms to the officers, who wear uniforms similar to those of sheriff’s deputies. The union reportedly worked to persuade the VA to arm officers under an existing law, but results have yet to materialize.

June Iljana, deputy secretary for communications at the veterans department, told the paper in an email that the CLSEA was “attempting to exploit and politicize tragedy.” 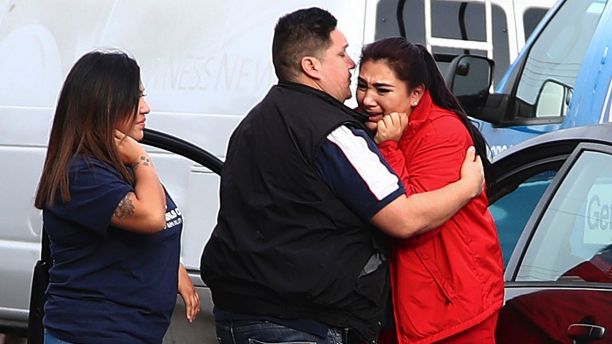 Vanessa Flores, right, is a caregiver at the facility and exchanged texts with family while sheltering in place during the active shooter situation.

“This is inexplicable, inappropriate and inexcusable and our focus remains on supporting the veterans community, emergency personnel and everyone else impacted,” Iljana said.

According to the paper, Gov. Jerry Brown in 2012 vetoed a bill that would have required the Department of State Hospitals to arm officers stationed at CSLEA sites, saying the matter was “best left to the discretion of the department director” who had the authority to arm its officers.

The CSLEA said in the statement that it feared it would “take a tragic event to force administrators to finally act.”

Three female workers for a program that treats veterans for post-traumatic stress disorder along with the suspected gunman were found dead Friday after a nearly eight-hour hostage standoff at the Veterans Home of California-Yountville, authorities said.

Napa identified the gunman as Albert Wong, 36, of Sacramento, a former client of the Pathway Home program.